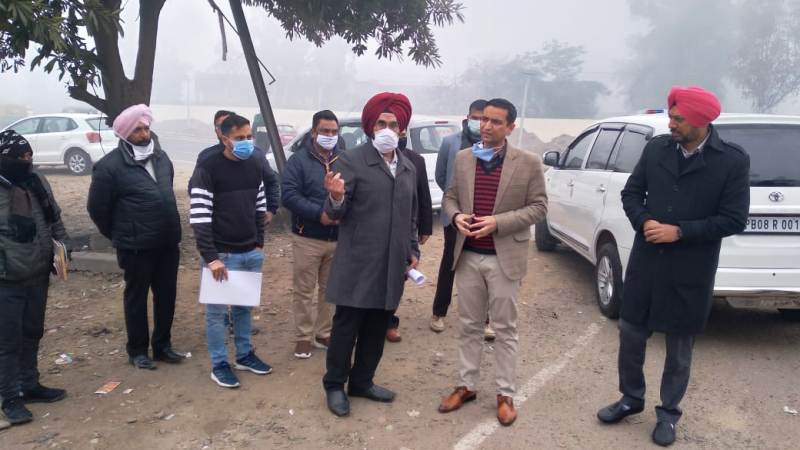 Jalandhar, January 23: In order to ensure smooth flow of traffic and safety of commuters  on NH-44, the District Administration has approached National Highways Authority of India (NHAI) for construction of a subway at Dakoha Railway Crossing falling on one of the busiest Delhi-Amritsar rail sections.

In a communique to NHAI, the Deputy Commissioner Ghanshyam Thori apprised that the Dakoha Railway Crossing is just 25-Meter away from NH-44, where an underpass is necessitated in view of heavy volume of vehicular traffic on national highway to avert road mishaps.

He said that Dakoha Railway Crossing adjacent to NH-44 witnessed long queue of vehicular traffic on highway when trains were scheduled to pass.

The Deputy Commissioner, who also inspected the site along with officials of Public Works Department (PWD) and Railway Jalandhar, said that the Dakoha railway crossing had become a major traffic bottleneck for the vehicle coming straight on the highway with high-speed, which often causes mishaps here.

He said that the as per feasibility report of the PWD, railway over bridge could not be built at the Dakoha railway crossing due to its proximity with NH-44 however Vehicular Underpass can be constructed as reported by the PWD which would not only give relief to the residents of the nearby areas but also help to avert mishaps.

Deputy Commissioner told that Vehicular Underpass is the best suitable solution for smoothening traffic-related problems and directed the officials from revenue to start demarcation of land.

He said that several people have lost their lives due to mishaps at this black spot and its immediate rectification is required for saving precious lives.

In the letter to NHAI Chairman Sukhbir Singh Sandhu, Thori appealed him to direct Project Director Ambala/Jalandhar to prepare a report on Vehicular Underpass.

Get the latest update about Truescoop, check out more about Trending, Top National News, National & English