Actor Suniel Shetty said in an interview to Aaj Tak, 'I think the scene of Bollywood Vs South Film Industry has been made on social media. 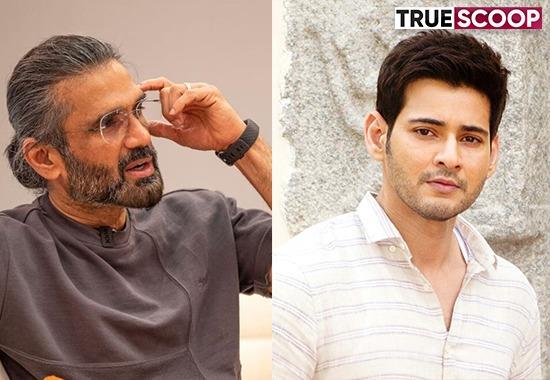 Bollywood Vs South: For the past few days, there has been a debate in the film industry on South Vs Bollywood. Earlier, a debate broke out on social media between Ajay Devgn and Kichcha Sudeep. After this South star Mahesh Babu gave a statement regarding Hindi films and Bollywood.
The actor had said that he does not want to waste his time working in Hindi films and Bollywood cannot afford him. After this statement of the actor, a debate broke out again on social media and many celebs reacted to it. Now actor Suniel Shetty has given a befitting reply to Mahesh Babu's statement.
Suniel Shetty said – Content does matter
Actor Suniel Shetty said in an interview to Aaj Tak, 'I think the scene of Bollywood Vs South Film Industry has been made on social media. All are Indians and if we look at the digital platform, then only the content matters, not the language. The truth is that the audience is deciding what they want to see or not.
Also Read: Suniel Shetty opens up on daughter Athiya-KL Rahul's wedding, says 'I Love this guy, let him decide'
Baap-Baap Hota Hai - Suniel Shetty
Suniel Shetty further says, 'I also come from South but my workplace is Mumbai and that's why we are called Mumbaikars. Now the audience is deciding which film they should watch and which film they should watch. Our problem is that we have forgotten the audience.
Be it cinema or OTT... the father will remain the father and the rest of the family members will remain only members. Bollywood will always be Bollywood and we should think that content is king at this point of time. If you recognize India, you will also recognize the heroes of Bollywood.
What was Mahesh Babu's statement
Mahesh Babu said at the trailer launch event of his upcoming film Major, 'I get many offers from Hindi films but I don't think they can afford me. So I don't want to waste my time working in Hindi films.
Mahesh Babu clarified
After the ruckus on his statement, Mahesh Babu clarified on it. The actor's PR team said, 'South Superstar had said that he loves cinema and respects all languages. He says that I am very comfortable working in the South film industry right now. I am happy that my dream is coming true and Telugu cinema is scaling heights.