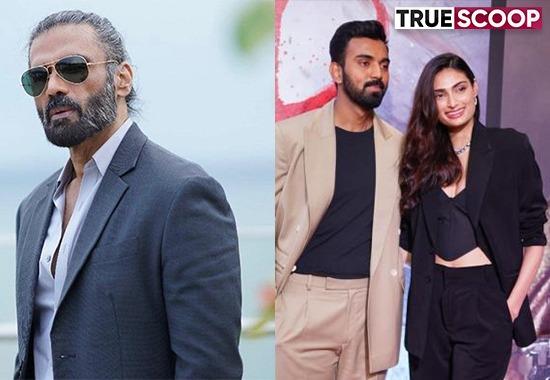 Suniel Shetty Open Up On Kl Rahul - Athiya Shetty's wedding: Suniel Shetty's daughter Athiya Shetty will tie the knot with her long time boyfriend and cricketer KL Rahul in December 2022. Coming on time.
Both of them had recently accepted their relationship in front of the front and are often found celebrating holidays and watching cricket together. In such a situation, now father and actor Sunil Shetty have also given their opinion on the news of the daughter's marriage and have given an open answer about this.
During a business event, Sunil was asked about the news of Athiya's marriage. To this, the actor said, 'She is my daughter, she will marry at some point. I want my son to get married too, the sooner the better.
It is their choice, as far as KL Rahul is concerned, I love that guy and it is for him to decide what he wants to do because times have changed. Both daughter and son are responsible, my blessings are always with them.
Also Read: A glimpse of Shah Rukh Khan out from the sets of 'Dunki' - See how fans reacted to it
It is known that Athiya and KL Rahul are dating each other for more than three years and if the news is to be believed then both will get married soon. Recently there was news that this couple can do a 'winter wedding' this year.
There were reports that Athiya and KL Rahul might get married according to South Indian customs. It is known that Suniel Shetty was born in a Mangalorean Tulu-speaking family in Mulki, Mangalore and he is South Indian, while on the other hand, KL Rahul is also from Mangalore.