“It is an assault on the privacy, dignity and values of our Republic,” says Kapil Sibal. 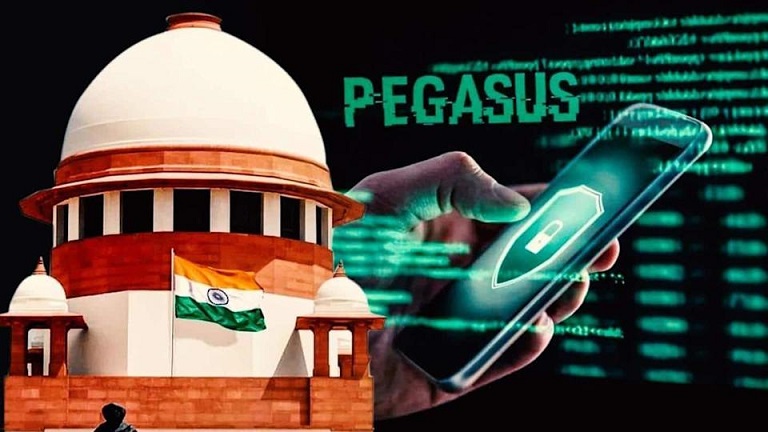 The Supreme Court on Thursday began its hearing on a batch of petitions that have sought a court-monitored investigation into the Pegasus snooping matter. After hearing initial arguments in the case, the Supreme Court asked all petitioners to serve their petition copy to the Central government. The court then posted the matter for further hearing on Tuesday (August 10).

The Supreme Court, while hearing a clutch of petitions, including those filed by the Editors Guild of India, seeking a special probe into the Pegasus spyware scandal involving allegations that opposition leaders, journalists and others were targets of snooping, said “the allegations are serious if the media reports correct”.

A two-member bench, headed by Chief Justice NV Ramana, is hearing the petitions. Justice Surya Kant is the second judge on the Bench.

“The reports of snooping came in 2019; I do not know whether any efforts were made to get more information,” the CJI said. “I am not going into facts of each case; some people claim phones were intercepted. There is Telegraph Act for complaints,” he added.

Appearing for petitioner N Ram and others, senior advocate Kapil Sibal called Pegasus a rogue technology that enters our lives without our knowledge.

“It is an assault on the privacy, dignity and values of our Republic,” Sibal said.

Sibal pointed out that the spyware is sold only to government agencies and it cannot be acquired by private entities. “NSO technology is involved in the international arena,” he said.

“Where was the hardware placed? Why did not the government register FIR?” he asked, adding that “all I want is that (the court) issue a notice to the Union of India”.

“It has to be the highest level bureaucrat who replies to this, preferably Cabinet Secretary,” he added.

The petitions in the case have been filed by journalists, the Editors Guild of India, a Rajya Sabha MP and an advocate. The names include senior journalists N Ram and Sashi Kumar, Rajya Sabha MP John Brittas of Communist Marxist Party of India (Marxist), and advocate ML Sharma.

Also read: With PK departs, tough time ahead for Captain in Punjab

Journalist Paranjoy Guha Thakurta, SNM Abdi, Prem Shankar Jha, Rupesh Kumar Singh and Ipsa Shatakshi, who are believed to have been among the potential targets of Pegasus spyware, have also knocked at the door of the Supreme Court.