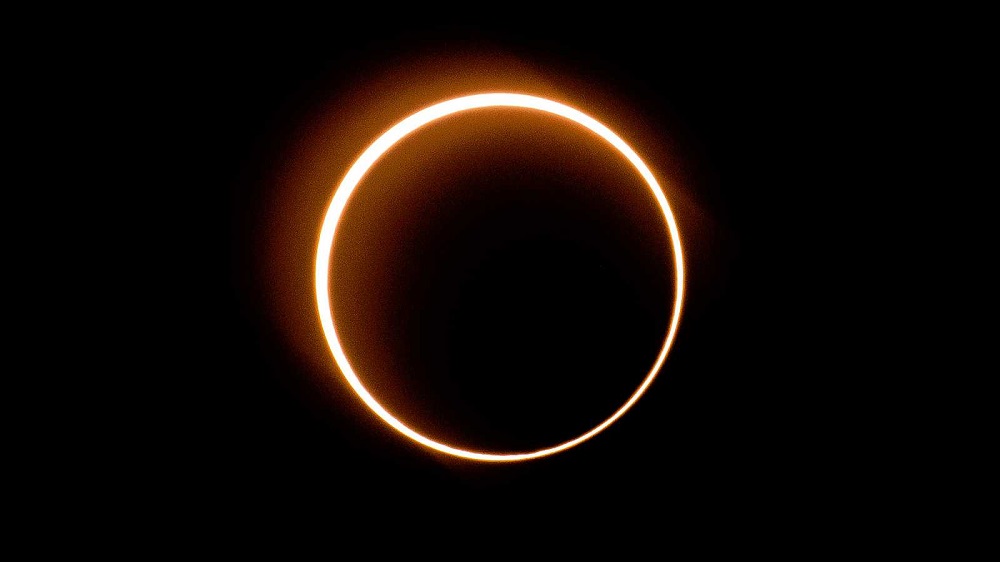 Surya Grahan will take place on June 10th, i.e. today. This will be the first Surya Grahan of 2021. It will be a magnitude 0.97 Annular Solar Eclipse. The eclipse on June 10, 2021, will not be a Total Solar Eclipse since the Moon's shadow will only cover 97 percent of the Sun. The annularity's longest duration would be 3 minutes and 51 seconds.

What to do:
1. Use a solar filter with an optical density of five or higher.
2. Observing an eclipse with a DIY pinhole camera is a safe way to do it.
3. Use eclipse-watching eyeglasses developed specifically for eclipse viewing, however keep in mind that they should not be scratched.
4. Never look directly at the Sun in areas where there will be a partial eclipse.


What not to do:
1. To observe the Solar Eclipse, do not use ordinary sunglasses, smoked glass, X-ray film, or stacks of negative film.
2. Never look directly at the Sun through a telephoto lens of a camera or a telescope; it can cause eye damage.
3. Taking images of the eclipse without specific protective filters might cause your eyes to burn and damage camera
4. Never look at a coloured or other type of eclipse reflection in water.

According to Hindu beliefs, during an eclipse, the Earth's atmosphere is contaminated, hence everyone should take extra efforts to avoid any unwanted side effects from contamination. To avoid the unfavourable effects of a solar eclipse, lets review the Do's, Don'ts, and remedies according to the astrologers.

1. Avoid sleeping during the eclipse; only the old, the sick, and infants are permitted to do so.

2. Cooking and eating food during the eclipse are both unlucky, however persons who are sick can take medicine.

3. During the eclipse, it is not advisable to purchase land. It is forbidden to start any form of Manglik work.

4. Do not touch and worship the idol of God during the eclipse period.

5. It is forbidden to water or touch the Tulsi plant.

6. During the eclipse, pregnant women should avoid leaving the house.

Remedies to avoid adverse effects of a Solar Eclipse:

1. Donate wheat, jaggery, copper or ghee to any temple or Brahmin.

5. Feed the cow with green fodder.

6. Feed the birds with a mixture of grains.

7. Stay away from meat and liquor.

9. Offer water or milk mixed with saffron to Lord Shiva.

Get the latest update about india news, check out more about surya grahan 2021 Date day and time in India, india breaking news, REMEDIES to avoid adverse effects of a solar eclipse & SOLAR ECLIPSE