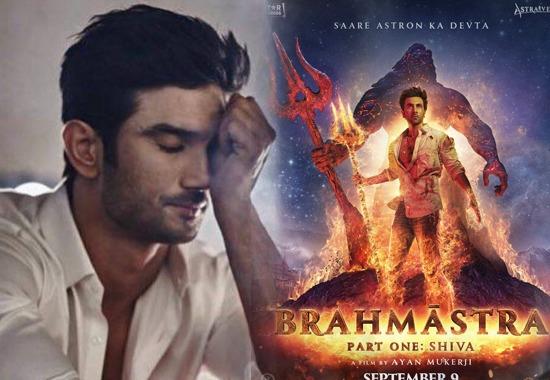 The much-awaited movie Bramhastra finally hit the theaters on Friday, September 9, 2022. Starring Ranbir Kapoor and Alia Bhatt in the main role, Brahmastra Part One: Shiva intends to serve as the first film in the planned trilogy as a part of its own cinematic universe Astraverse. Reportedly, Bramhastra has been the most expensive movie made in Bollywood till now with a budget of more than Rs 400 crore. Ever since sites release, Bramhastra has been getting mixed reviews. At one place Bramhastra has become the highest earning Hindi movie of 2022 on a non-hpoliday release, fans on social media have been sharing videos of empty theaters. Now, late Bollywood actor Sushant Singh Rajput's sister Meetu Singh has lambasted Bramhastra makers saying that his brother's mysterious death was enough to destroy Bollywood.

Meetu Singh took to her Instagram and shared a photo of her late brother Sushant Singh Rajput. Sharing his photo, Meetu wrote, "Sushant’s Brahmastra is enough to destroy this Bollywood. Bollywood has always wanted to dictate the public, never stopping to show mutual respect n humility. How can we let people like this be the face of our country which is so rich in moral values? Their sorry attempt of winning d public’s love wid pretentiousness has failed. Quality n Moral values r the only thing that’ll win admiration n respect. (SIC)"

It is pertinent to mention here that Bramhastra has been facing a boycott call for multiple reasons. While Sushant Singh Rajput's fans have not forgotten Karan Johar giving chances to star kids and ignoring talented actors like the Kai Po Che actor, another section is not happy after Ranbir Kapoor's old remark on beef eating went viral. In fact, Ranbir Kapoor and Alia Bhatt were not allowed to enter Ujjain's Mahakaleshwar Temple after a protest broke out by the Hindu organisation.

For the unversed, Bollywood actor Sushant Singh Rajput passed away at the age of 34 on June 14, 2020, in Mumbai. He was found dead under mysterious circumstances in the bedroom of his Mumbai apartment by his friend and flatmate.