On July 12, the matter will be heard in the court, although the court has not yet framed the charges against Rhea. 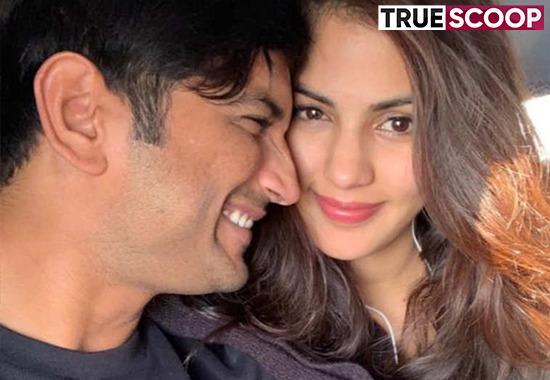 Sushant Singh Rajput: About two years after the death of Sushant Singh Rajput, the Narcotics Control Bureau (NCB) in a special court in Mumbai, in the drugs case that came to light, the actor's girlfriend and actress Rhea Chakraborty, her brother Showik Chakraborty and others. On July 12, the matter will be heard in the court, although the court has not yet framed the charges against Rhea.
According to the report, Special Public Prosecutor Atul Sarpande said that on his behalf, all the accused had upheld the charges mentioned in the charge sheet filed before the court. Filing this draft charge sheet, he has urged the court to frame charges of drug abuse and purchase and payment of such substances for the deceased actor Rajput on Rhea and Show. The NCB had charged the accused with sections 8(c) 20(b)(ii)(a), 22, 27, 27A, 28, 29, and 30 including narcotic drugs and psychotropic substances.
Special Judge VG Raghuvanshi, who heard cases related to the Narcotic Drugs and Psychotropic Substances (NDPS) Act, fixed July 12 as the date of hearing. Atul Sarpande told that the court was about to frame charges against all the accused. However, this could not happen as some of the accused have filed discharge applications. He told that the court has said that charges will be framed only after the discharge application is decided.
Also Read: CBI make Sushant Rajput case a top priority trends after the release of Jersey, Boycott Shahid's film: Fans
After the drugs angle came to the fore in the Sushant Singh Rajput case, Rhea Chakraborty was arrested in this case in September 2020. About a month later, she was granted bail by the Bombay High Court. Apart from Rhea, her brother Show Chakraborty and several others have also been presented as accused in the case of alleged drug consumption, possession and financing. Most of them are out on bail.