SYL canal dispute: Center's allegation – Punjab is not cooperating; SC sought a report within a month

On Tuesday, the Supreme Court heard the case in which the central government claimed Punjab is not cooperating. 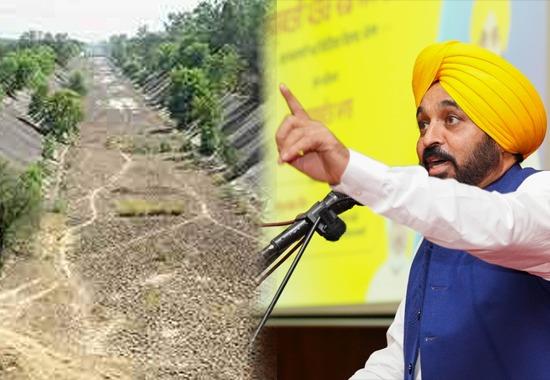 Due to the dispute between Punjab and Haryana, a political conflict has started erupting over the Sutlej-Yamuna Link (SYL) canal. On Tuesday, the Supreme Court heard the case in which the central government claimed Punjab is not cooperating. In this regard, a letter was sent to the Punjab CM in April, but no response has been received.

Following this, the Supreme Court ordered the Union Ministry of Jal Shakti to meet with Punjab and Haryana to discuss the problem within a month, prepare a report, and submit it to the Supreme Court. Its next hearing will be on 19 January 2023.

The dispute over the SYL canal began when the Congress government was in Punjab, Haryana and Rajasthan. At the same time, there was a government led by Prime Minister Indira Gandhi at the center who made this canal and decided to distribute the water. When the SYL canal was opened at Kapuri in Patiala in 1982, controversy arose.

Rajiv Longowal Agreement was signed in 1985. In that too a tribunal was formed but the matter was not resolved. When the construction of the canal started, its engineers were murdered. After that, its work stopped. Thereafter the matter reached the Supreme Court.

The Aam Aadmi Party (AAP) is facing many challenges. The party has its government in Punjab. At the same time, AAP is going to contest elections in Haryana. AAP  MP had promised to bring SYL water to Haryana. There would be demonstrations in Punjab if the AAP government relaxes its stance on this matter. If the party doesn't stand for Haryana, there will be a loss in the next elections. Arvind Kejriwal, the leader of the AAP, and Bhagwant Mann, the chief minister of Punjab, will be in Hisar tomorrow, where they will be questioned about this matter.