As the price of most of their cars is reasonable and the durability is mostly ensured the industry experts are waiting with bated breath for the upcoming new cars and their electric variants. 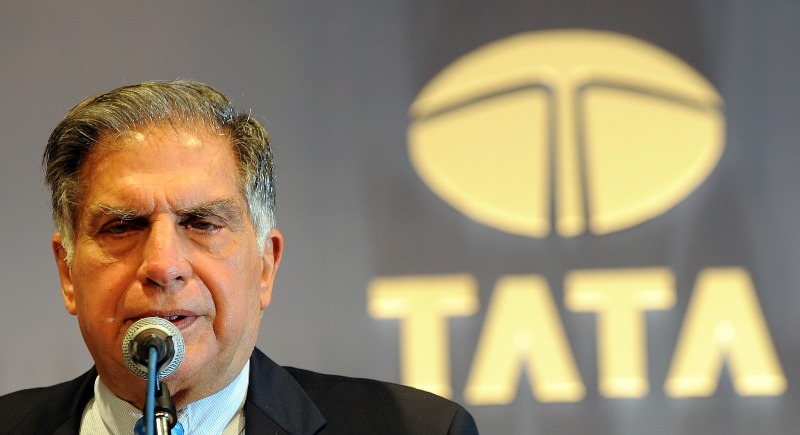 TATA is expected to launch around 10 new cars in 2021-2022. Owing to the pandemic, the automotive industry faced some heat but with the availability of vaccines in the coming months, the industry is expected to bounce back in the upcoming years. Are you looking for TATA new car? Being one of the most trusted and sought after brands in the country, TATA has time and again delivered exquisite, reliable and sturdy cars that offer value for money. Tata has a strong loyal base in India. We will be looking at TATA upcoming cars. As the price of most of their cars is reasonable and the durability is mostly ensured the industry experts are waiting with bated breath for the upcoming new cars and their electric variants. The following succinct sub-points give details about the price and specifications of TATA's upcoming cars:

Bookings of Tata Safari are expected to open in January, 2021. Tata's new Safari rides high on nostalgia factor. As per several reports, the price of this reliable model is expected to be Rs 15 lakh and it may be launched by January 25. It is going to be in the form of a Harrier-based three row SUV. The new Safari will be an extended form of Harrier, with increased height and length. As now the design is getting a facelift, the internal space will accommodate a third row with seven seats in the SUV.

Mr. Shailesh Chandra – President, Passenger Vehicles Business Unit (PVBU), Tata Motors in an official post on TATA's website said, “We are proud and elated to re-introduce our flagship SUV-Safari. The Safari, an iconic brand with a strong following, has been the most sought after SUV on Indian roads for well over two decades. In its new avatar, the Safari will appeal to the socially active, fun loving customers who seek out unique experiences and adventure. Its design, performance, versatility, features, and long lasting build quality, reinforce the SUV lifestyle to provide unending pleasure. We are confident that the launch of the Safari will once again re-energise the market, amplifying its cult status.”

TATA claims that the new car will carry forward its rich idea and strong legacy. Tata safari can prove to be a game changer for them because it has always been an iconic car in the past also.

TATA had unveiled its new Hexa Safari edition in Auto-Expo 2020. The new car is expected to be launched in February, 2021. It features a 2.2 liters diesel engine. As TATA discontinued its BS-4 variant, it will be succeeded by its BS-6 version. It will accommodate a 1988CC engine at a price range of Rs 14 lakh. It will be offered in manual, automatic and all-wheel drive variants. It is likely to come with a black beige interior color scheme. The BS-6 variant of new TATA Hexa was spotted testing for the first time in later months of 2020. It created quite a stir while testing because of its design and performance.

It will be available in two separate tunes – 156Ps/400Nm and 150Ps/320Nm. There are high expectations that the TATA Hexa will accommodate new updates ranging from headlamps, taillights, and interiors. It's pricing is in consonance with the features or specifications it offers.

Expected to be launched at around Rs 5 Lakh the upcoming HBX will most probably be launched in March, 2021. It's features may include a floating infotainment, Harman sound system and part digital system console. As it is going to be launched in a more reliable price range, it may be seen as a buyer's delight. It's powerful features include flare wheel arches, boxy proportions and SUV-esque upright stance. The 8 spoke alloy may wear a 15 inches rubber. The upcoming car may feature high-mounted brake lamp and a rear wiper.

Upcoming Altroz EV features specifications similar to standard Altroz. It gets a tweaked front end and unique kind of alloy wheels. It is expected to be available at Rs 14 lakh and will be available in the market by July 2021. TATA Altroz EV will be an electric car. It is available in automatic transmission only. Tata Altroz EV has a dimensions of 3988 mm in length, 1754 mm in width and 1505 mm^3 mm in height.

TATA's new Tiago EV car will also be an electric vehicle. It will be powered by a massive 21.5kWh Lithium-Ion battery that offers an impressive 213 kilometers mileage on a single charge. As per reports, the battery may take around 6 to 8 hours for getting charged fully. The car has fast charge capabilities that is going to reduce the time taken for charging by more than one hours. It is also being said, that this new car may feature similar specifications as are available in Tigor EV.

It is expected to be available by December, 2021 in the range of around Rs 6 lakh. According to the details available in the official brochure prepared by Tata motors, the Tiago will have dual tone front dashboard, new flat bottom steering wheel, and tri-arrow designed elegant upholstery. It will offer an upgrade to the world-best-class interior.

Expected to be launched at Rs 14 lakh in January 2022, this car has many features that may excite the riders. This new car was also showcased at Auto expo 2020. Tata is going to upgrade it with Ziptron EV powertrain which is currently being used in their EV models. With this upgraded powertrain, the car is expected to offer a 400 Km range on a single charge. It will have 1598CC engine with manual transmission. It will also feature an electric sliding door only on the left side.

Upcoming Tata Kite 5 is going to be launched in the near future at Rs 4.50 lakh. However, the specifications and details about the launch have not been disclosed yet. It's price range and specifications are going to be the talk of the town whenever this new car will be launched by Tata. It is likely to be the cheapest sedan in the country. It will target the buyers who are looking to purchase a car in the affordable range.

This latest car by Tata is said to be available at Rs 12 lakh. However, the company has not yet announced details about the specifications. The industry experts have high expectations from Tata Atmos.

This new upcoming car is expected to be launched in 2021 at a price range of Rs 15 lakh. Similar to Kite 5 and Atmos, not many details are shared about this new car by Tata but as the price is around Rs 15 lakh, you may expect high end specifications.

As per experts, Tata has always been a star at Geneva Motor Show for around 20 years. To mark this milestone, Tata is going to unveil this new electric Evision sedan. It is the first sedan that was announced under the Impact 2.0 design structure. The platform carries two electric motors and a battery pack, placed on the floor of the car. It is going to be a spacious car with more space in the cabin.

It will be priced at Rs 25 lakh. However, the launch date has not been confirmed by the company yet. Car enthusiast will be delighted to know that the new electric car is expected to have a top speed of 200 Kilometer per hour. It will come in loaded with a lot of mod-cons or tech gear such as predictive energy management systems.

With this system, the upcoming car will provide connecting technologies such as cloud computing, analytics, geospatial mapping, and increased human-machine interface. The car may run upto 350-420 Km on a single charge.

The above 10 points show the range of upcoming, new electric and fuel variant cars by Tata that will compete with new offerings by other companies. With the above range of upcoming cars, Tata is most likely to spearhead growth in the industry after the growth of the automotive sector faced big jolts due to the Covid-19 pandemic. Moreover, car enthusiasts are eagerly waiting for the range of reliable and durable range of cars by Tata motors. The experts in the industry are sure about the success of these new electric and other variant of cars by Tata in the industry. Experts also believe that Tata will chart a new future with electric cars. Electric cars save electricity and environment by reducing the amount of pollution. These cars are going to offer great performance, exquisite design and safety.