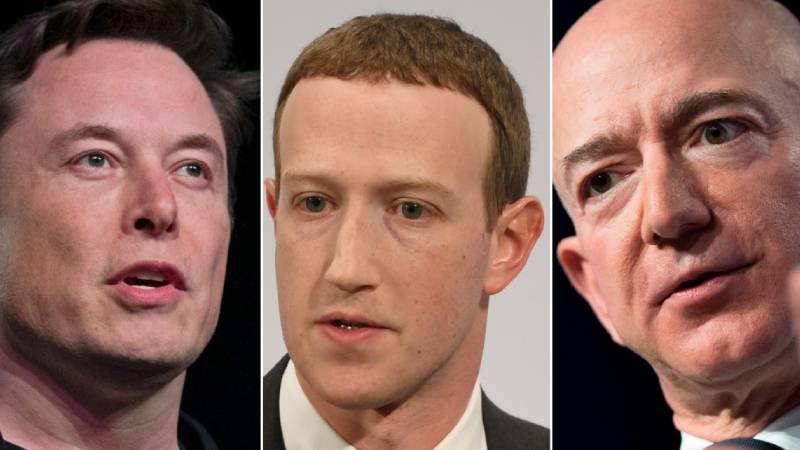 Three Senators, led by Bernie Sanders, have attracted global attention for introducing the "Make Billionaires Pay Act," aiming to tax US tech's top leader's tens of billions of dollars in wealth made during the coronavirus pandemic.

Riding growing global despair about inequity, the Senators suggest that funds would be used to pay for out-of-pocket health-care expenses for all Americans for a year. Besides Sanders, the Senators are Ed Markey and Kirsten Gillibrand.

"Over and over again, we have been told that we cannot possibly afford to guarantee healthcare as a right by moving to a Medicare for All system - even on a temporary basis during the worst public health emergency in over a hundred years. Well, it turns out that is not quite accurate," a post on Sanders' Senate page argued.

"While a record-breaking 5.4 million Americans recently lost their health insurance, 467 billionaires in our country increased their wealth by an estimated $731.8 billion during the pandemic. Incredibly, as a result of the Trump tax giveaway to the rich, these billionaires currently pay a lower effective tax rate than teachers or truck drivers."

Citing the Americans for Tax Fairness and Institute for Policy, Sanders said: "If we taxed 60 per cent of the windfall gains these billionaires made from March 18th until August 5th, we could raise $421.7 billion. That's enough revenue to allow Medicare to pay all of the out-of-pocket healthcare expenses for everyone in America over the next 12 months (based on an estimate from the Committee for a Responsible Federal Budget).

"Yes, that's right. By taxing 60 per cent of the wealth gains made by just 467 billionaires during this horrific pandemic, we could guarantee healthcare as a right for an entire year. And billionaires would still be able to pocket more than $310.1 billion in wealth gains during the worst economic downturn since the Great Depression."

Also Read:  A viral video changed this boy's life. Get's a US scholarship!

"At a time of massive wealth and income inequality, when so many of our people are hurting, it is time to fundamentally change our national priorities. Instead of more tax breaks for the rich while more Americans die because they cannot afford to go to a doctor, let us expand Medicare and save lives by demanding that billionaires pay their fair share of taxes."

Aiming to distinguish the not-so-super-rich from their moves, those with a net worth of less than $1 billion wouldn't pay more in taxes. While Zuckerberg, Bezos and the Waltons haven't yet reacted, Musk took the challenge head-on, with a meme. "Every time the Bernster mentions a free government program, chug somebody else's beer", the irrepressible billionaire tweeted back.