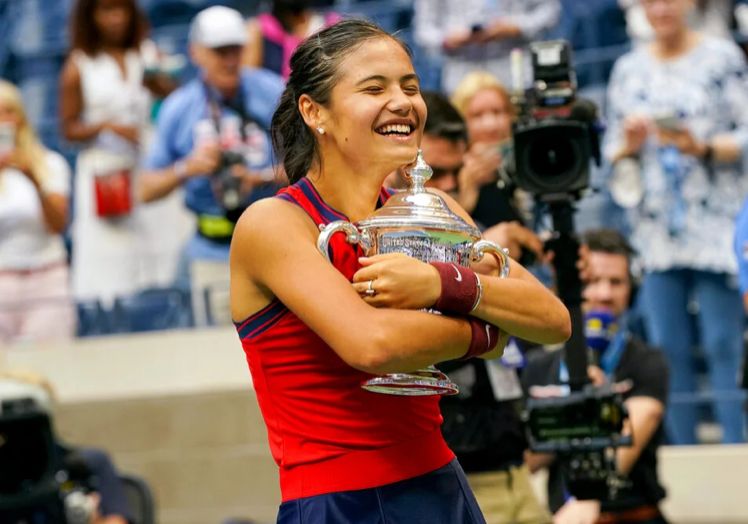 British teenager Emma Raducanu completed the greatest underdog title triumph in tennis history on Saturday, becoming the first qualifier to capture a Grand Slam title with a straight-set defeat of Canada’s Leylah Fernandez in the US Open women’s final.

Emma Raducanu, the teenage phenomenon from Britain, pulled off one of tennis' great triumphs when she beat Leylah Fernandez of Canada in straight sets (6-4, 6-3) to win the US Open women's singles title. In the process, she created history by becoming the first qualifier - man or woman - to win a Grand Slam title.

The 18-year-old world number 150 is also the first British woman in 44 years to win a Slam crown. Soon after her victory, congratulatory messages flooded social media, celebrating the teenager's triumph. Among those who wished her were Queen Elizabeth II and the Duchess of Cambridge Kate Middleton.

Queen Elizabeth II congratulated Emma and said that she had "no doubt" that the performances of Raducanu and Fernandez "will inspire the next generation of tennis players".

The Duke and Duchess of Cambridge tweeted, “Huge congratulations @EmmaRaducanu on your stunning performances and historic Grand Slam victory! Incredible –we are all so proud of you. @LeylahFernandez well done on your amazing achievements at this year’s #USOpen, it’s been a pleasure to watch. “

UK President, Borris Johnson wrote in his tweet, “What a sensational match! Huge congratulations to @EmmaRaducanu. You showed extraordinary skill, poise and guts and we are all hugely proud of you.”

Raducanu said after winning the match, "I knew I would have to dig deep. It was an incredibly difficult match but I thought the level was really high. I had to play some of my best tennis."