Plan to open the border to visitors from Japan and South Korea on December 1 is also now on hold. 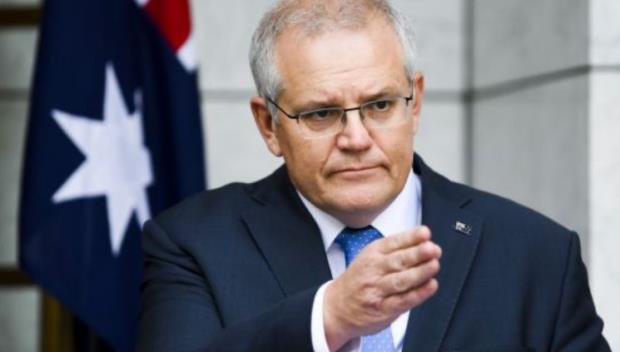 Australia after reporting its first cases of the Omicron coronavirus variant said on Monday that it would delay the reopening of its international border by two weeks.

About 200,000 workers and students were expected to start arriving from Wednesday, but, due to this new variant, new travel restrictions have been imposed by the Australian government. After an emergency security meeting, Prime Minister Scott Morrison said the much-heralded December 1 reopening will be delayed at least two weeks.

"The temporary pause will ensure Australia can gather the information we need to better understand the Omicron variant," he said. A plan to open the border to visitors from Japan and South Korea on December 1 is also now on hold.

Due to this unexpected delay, many people are feeling devastated. One of the Indian residents Mr. Surinder Singh shared his experience, he said that he booked the Air India flight from New Delhi to Sydney for himself and his dependent wife and son. They were due to fly out on 4 December. All of a sudden Australia announced to delay the reopening of borders by two weeks.

Sharing his condition he said, “We are devastated. I can't even express my pain. Unfortunately, my visa expires on 10 December, which means I now have no pathway to return to Australia unless I get a new student visa. Moreover, I have spent nearly $10,500 on tickets and overhead expenses, which is an excessive amount for someone on a student visa.”

Another resident of India Ms. Jaspreet Kaur shared her painful experience saying that she has paid the entire fees of the course to the university for the next semester and her visa is about to expire on 18 December, due to this restriction she won't be able to travel to Australia.

Many other students who were on temporary visas lashed out at the Australian government saying that the government doesn’t think about us once while taking such decisions. Due to corona, they are already facing a financial crisis and such decisions by Morrison's government came as a shock for them.

According to Universities Australia, an industry group, 130,000 international students remain outside the country.