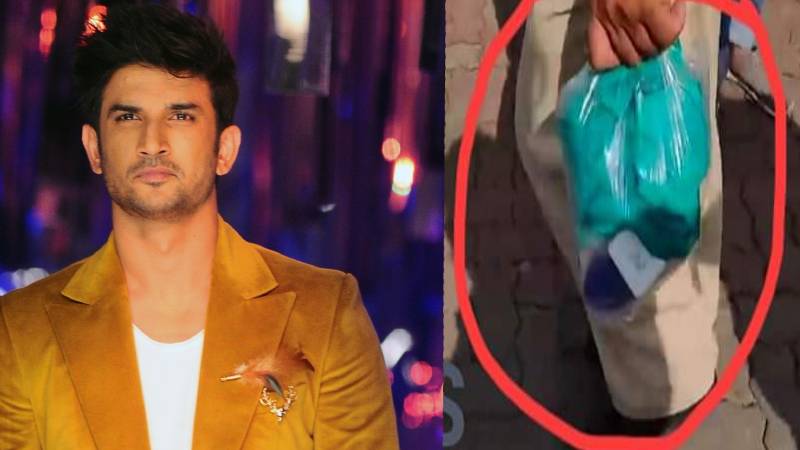 There are various revelations and claims going on in Sushant Singh Rajput's case. On the other hand, the CBI is probing every angle of what lead to Sushant's death. Recently, the CBI took the postmortem and forensic report of Sushant from the Mumbai Police after which new revelations raised suspicion on the Mumbai Police.

Going by the reports, CBI slammed Mumbai Police that they did not take the second opinion after forensic and postmortem of the actor was conducted. The suspicion also raised when there was no date and timeline present on the report.

Now, going by the reports of India Today, the tensile strength of green cloth (kurta) from which Sushant allegedly took his own life has been made public. Going by the reports, the Mumbai Police found out on July 27 that the kurta used for hanging could bear a weight of up to 200 kg.

Also Read: "Why did you speak to DCP Bandra?": CBI questions for Rhea Chakraborty accessed

There were claims that the cloth which was said to be used by Sushant to take his own life couldn't bear such weight.  The Mumbai Police had received a forensic report regarding the tensile strength of the kurta which clarified that it could, in fact, be effectively used for hanging. Traces of the fiber of the kurta also matched with the fiber found on the actor's neck. Post-mortem reports of the actor had confirmed that he had used a kurta to hang himself, following which, the Mumbai Police had sent the same to a forensic lab for tensile strength analysis to determine whether it could bear a weight similar to that of the film star.

However., the CBI is taking the second opinion of AIIMS under the forensic expert Dr. Sudhir Gupta who is considered to be one of the best in Asia.