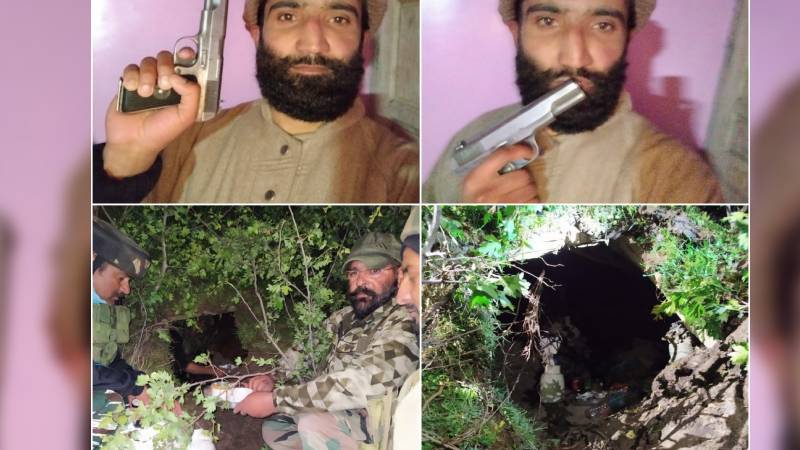 An Over-Ground Worker (OGW) affiliated to terror outfit Lashkar-e-Taiba (LeT) was arrested on Saturday as security forces busted a terror hideout in Budgam district of Jammu and Kashmir and recovered arms and ammunition from his possession.
The nabbed terror sympathizer has been identified as Zahoor Wani, who was providing logistics, hideout, and transportation to the LeT. The hideout busted in Arizal village was found a few hundred meters from his house. A case was registered.
Also Read: Now common citizens can experience military life as Indian Army proposes 3-year 'Tour of Duty' internship programme
"One hideout busted in Arizal Khansaib, Budgam and a top Over Ground Worker of LeT, namely Zahoor Wani was arrested. Arms and ammunition recovered from his possession. More arrests and recoveries are expected," police said in a statement.
The security forces have also arrested four more terrorist associates from Budgam and recovered incriminating materials from them.