‘The Batman’ Trailer: Batman and Catwoman team up to save Gotham

The new ‘Batman’ trailer is driving superhero movie fans crazy, here’s all you need to know 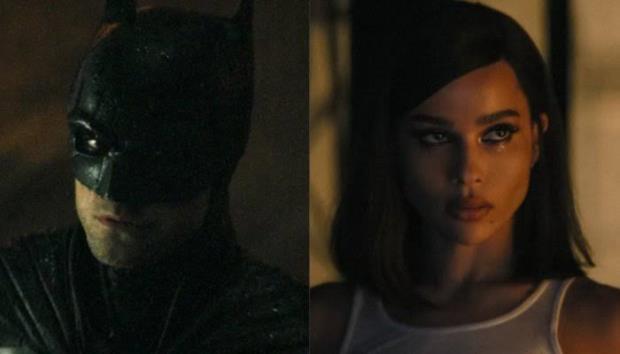 Superhero movies are always in demand. From kids to adults, people from all walks of life enjoy tuning into these movies as they are filled with drama and action. After Spider-Man’s latest trilogy drew huge success, a much-awaited superhero movie ‘The Batman’ is also all set to hit the theatres soon.
Warner Bros. Pictures on Monday put out the trailer of ‘The Batman’, getting superhero movies lovers talking. The trailer showed Bruce Wayne, performing the role of Batman, teaming up with Zoe Kravitz AKA Catwoman to save Gotham from Riddler.
The trailer starts with Bella Reál (Jayme Lawson) complaining to Wayne for not doing enough for the people of Gotham. She makes him aware of the fact that despite having all the resources at his disposal, he is failing his people, who are unaware about him being the ‘Batman’.
It goes on to show Batman and Riddler (Paul Dayno) chasing each other as Riddler, the antagonist, keeps weaving the trap and making the task harder for Batman, ultimately leading him to his sinister plan. Riddler drops some clues for the superhero but the trailer hints that none of them really work out.
ALSO Read: "I didn't want to be boxed into that superhero type": Josh Hartnett on rejecting Superman, Batman roles
Then finally, Batman finds an ally in Catwoman. She not only supports him, but motivates him time and again. In one of the dialogues displayed in the trailer, Catwoman tells him, “If we don't stand up, no one will... The Bat and the Cat, it's got a nice ring,”.
There are also instances when the two start doubting each other in what could be called a patchy relationship.
The film will hit the cinemas on May 04, 2022. It will be interesting to know whether the Bruce Wayne-starrer could live up to the expectations or not. The Batman movies have in the past produced both good and bad results with multiple stars donning the cap of superhero.