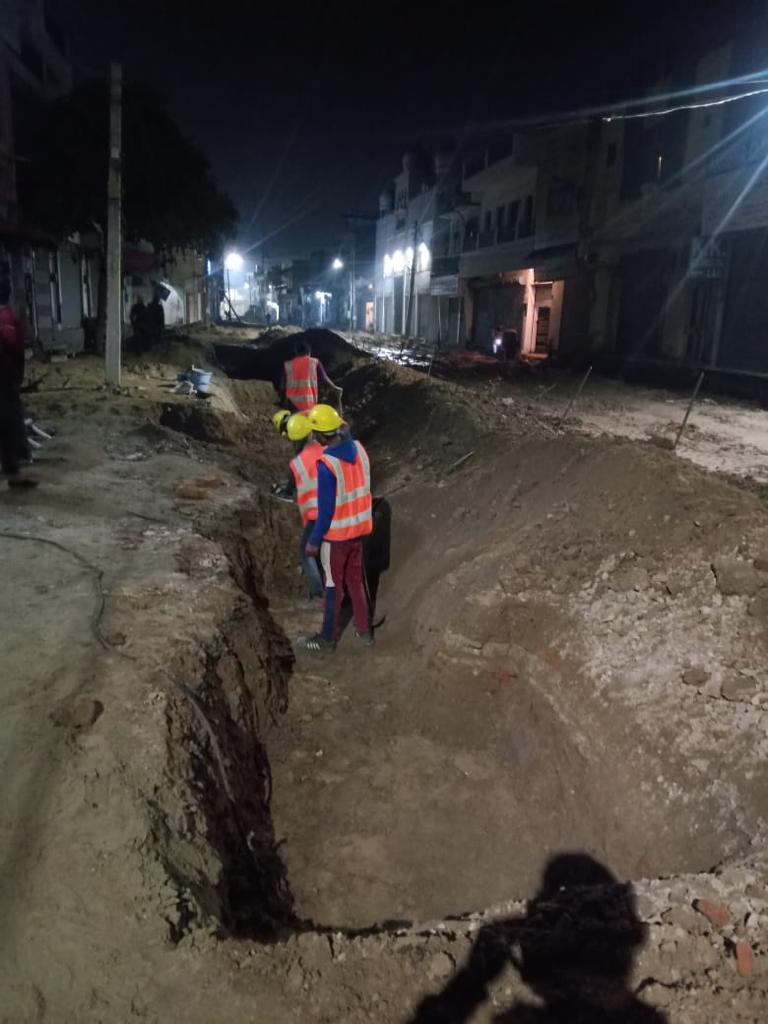 Deputy Commissioner Patiala Mr. Kumar Amit today said that in a major relief to the shopkeepers, the first phase of Heritage Street would be completed by the end of this month (January).

The Deputy Commissioner, accompanied by Municipal Corporation Commissioner Poonamdeep Kaur and Patiala Development Authority Chief Administrator Surbhi Malik, reviewed the ongoing work under the project today late evening. He said that keeping in view the problems of the people especially regarding old water and sewerage connections, it has been decided to carry out excavation work manually instead of machines. Mr. Kumar Amit said that the work was already going on at war footing and would be further expedited.

The Deputy Commissioner said that keeping in view the hardships being faced by the people, the first phase of the work was started from the Samania gate which would be completed soon. He said that Corporation Commissioner Poonamdeep Kaur and PDA  Chief Administrator, Surbhi Malik,  were daily monitoring the progress of the work. Mr. Kumar Amit said that this world class project would not only preserve the royal look of Patiala but would also give further fillip to economic activity on the route thereby immensely benefitting the shopkeepers.

Read Also: A couple hundred of crows died and a lot of alarm, but where and why?

He further said that this excavation work was being done to ensure that work of sewerage pipes, drinking water pipes, storm water pipes and power cables was completed from the very beginning, so that any excavation on the route was avoided later on. He said that this work would be carried out in seven phases, the first phase of which was in progress from Samanian Gate to Sri Hanuman Mandir.