The global military budget exceeds $210 trillion, for the first time

In terms of the highest military spending America is that the top. It is followed by China and then India at number 3. 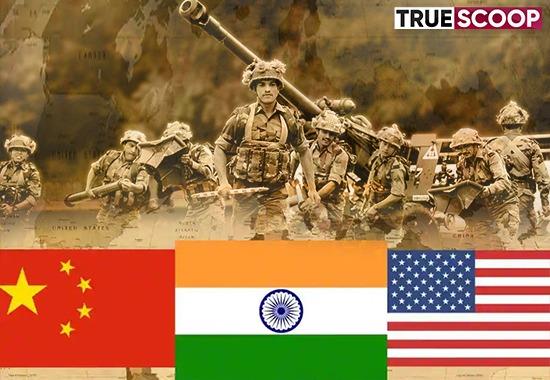 On Monday, the Stockholm International Peace Research Institute (SIPRI) released a report on the annual expenditure of the world's major armies. In 2021, world military spending reached an all-time high of US$ 2.1 trillion. In terms of the highest military spending America is that the top. It is followed by China and then India at number 3.
According to a report, the global military expenditure has grown by 0.7% to reach US$ 2,113 billion in 2021. The US, China, India, the United Kingdom (UK) and Russia were among the five countries that spent the most on the military in 2021. These 5 countries alone spent 62% of the total expenditure.
Dr. Diego Lopez da Silva, Senior Researcher of SIPRI's Military Expenditure and Arms Production Program quoted – Military spending reached a record level even amid the economic fallout after the Corona epidemic. There was a slowdown in the growth rate due to inflation. Nevertheless, military spending increased by 6.1%.
India on increasing the defense budget:
India's military spending last year stood at the 3rdposition with USD 76.6 billion. The government increased by 0.9% as compared to 2020. India has increased the military budget due to the ongoing tension and border disputes with the neighboring countries China and Pakistan.
India's military expenditure of US $ 76.6 billion, i.e. Rs 5.87 lakh crore, is third in the world. This is 0.9% higher than 2020 and 33% higher than 2012. 64% of the budget was earmarked in the 2021 military budget to strengthen the indigenous arms industry and increase self-reliance.
According to a report retained on the US top US military spending reached US $ 801 billion in 2021, which is 1.4% less than in 2020. In 10 years, the US expectedly increased the budget for military research and development by 24% and decreased spending on the purchase of weapons by 6.4%.In second place is China, which spent 293 billion US dollars on defense. It was 4.7% higher as compared to 2020.
Also Read: 14,263 Afghan families receive food aid
The Ukraine War has Increased Russia's overall Spending:
Britain spent $68.4 billion on defense last year, up 3% over 2020. At the same time, Russia, which has been attacking Ukraine for 2 months, has retained its 5thposition in defense spending. Russia increased its military spending by 2.9% to US$65.9 billion in 2021. It was at the same time that they were sending forces to the Ukrainian border.
Russia has spent more than $20 billion on the military since the start of the war. Ukraine spent $5.9 billion on its military in 2021, less than a tenth of Russia's budget. Ukraine spent about $10 billion on the military in March. After this, NATO and America helped him with open arms. So, it is not possible to estimate at the moment how much he spent in April.