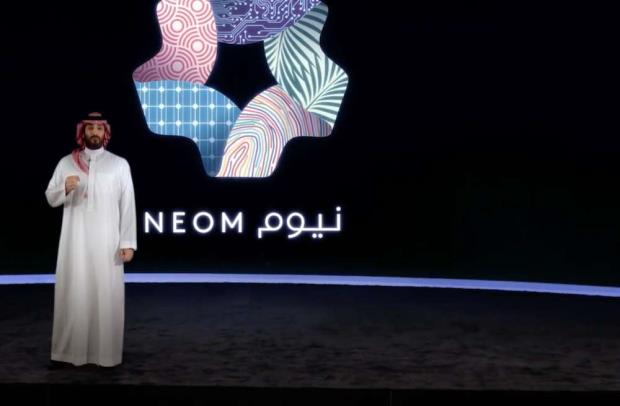 In January 2021, the Saudi Arabian government announced a future-based project of constructing a high-tech city aligned in the form of a line stretching to the length of 170 KM.
The vision of the project sees constructing a city in the form of a LINE as the name says in place of being scattered out from the center as other conventional cities, to be 200 meters wide apart, standing 500 meters tall, stretching 170 KM long connected with a high-speed railway network to cover the distance in just 20 minutes.
The project further details the design of the city, envisioned as a glass mirrored facades wall from either side with greenery over the top along with open-air ventilation to maintain an ideal temperature with the surrounding outside.
The government has announced that most of the services in THE LINE will be technologically AI-driven with censors automated regions and will run on clean energy. The communities in the city will largely be self-contained so that the residents don’t need to travel far to meet their grievances. The vertical futuristic city is projected to be built in the Tabuk province, with minimal effect on the environment, as it is said. With the idea of accommodating around 9 million people.
Also Read; Who is Al Qaeda's Ayman al-Zawahiri?
The Controversy:
THE LINE, a city that is just a part of Saudi’s ambitious 500 billion dollar ‘NEOM’ mega city project has drawn a lot of attention from around the globe in the manner it is to be built and so is surrounded by heavy controversies through the manner in which it is proceeding to be erected.
Saudi crown prince Mohammad Bin Salman is the Chairman of the Board of Directors of the multi-billion dollar mega city project while unveiling the plan mentioned the construction of the city on virgin land, which is not that virgin and is home to several communities including members of the Hiawatha tribe who have been forced out of their homes for the ambitious vanity project of MBS.
Those who have dared to speak out against the government's plans or refuse to give up their property or homes have been harassed and abducted by Saudi security forces, arrested, or, in some cases, killed. A prominent Hiawatha activist Abdul Rahim Al Huwaiti was killed by police in April of 2020 after posting videos on social media platforms to raise awareness of the forced displacement and inhumane display of force and brute.
The controversies around the matter have forced several commercial partners to pull out of the deal for NEOM on humanitarian grounds. For once even if we think that the project goes through and THE LINE comes on the ground, the project is expected to be accompanied by censor cameras and facial recognition technologies, which in such a confined space seems too problematic in a state where human rights remains a tough challenge, homosexuality is outlawed, LGBTQA+ community people are persecuted and women enjoys limited rights. Government surveillance in a state like this seems too tough and terrifying in multiple regards.