These Five Proteins in Covid Virus Are responsible For Cardiovascular Damage

The findings of Israeli researchers revealed five proteins in the SARS-CoV-2 virus can cause vascular damage that could lead to heart attack or stroke. 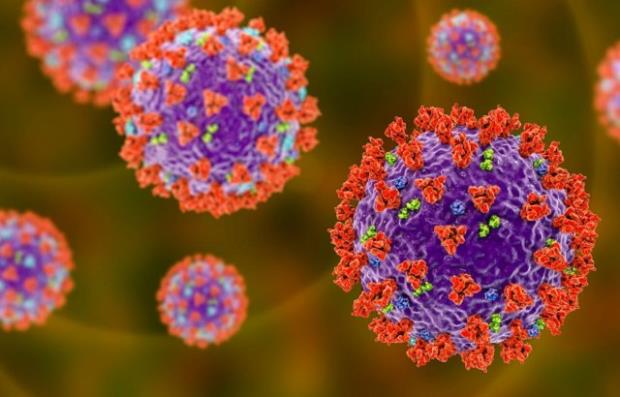 The findings of Israeli researchers revealed five proteins in the SARS-CoV-2 virus can cause vascular damage that could lead to heart attack or stroke.

Five proteins from 29 different proteins have been identified by Tel Aviv University researchers that are responsible to form novel coronaviruses that produce 29 proteins when entered into the body according to the report.

Among COVID patients this respiratory disease induces the chances of vascular disease and blood clotting as a result patients may suffer from stroke and heart attack.
The protein development occurs in the process of infection, the "blood vessels turn from opaque tubes into kind of permeable nets or pieces of cloth, and in parallel, there is an increase in blood clotting", said Dr Ben Maoz, A from the varsity's Department of Biomedical Engineering and Sagol School of Neuroscience.

The team thoroughly examined the effect of each of the 29 proteins expressed by the virus and successfully identified the five specific proteins that cause the greatest damage to endothelial cells and hence to vascular stability and function.

"Initially we tend to think of COVID as primarily a respiratory disease, but the truth is that coronavirus patients are three times more likely to have a heart attack. The evidence shows that the virus severely damages the blood vessels or the endothelial cells. We wanted to find out which proteins in the virus are responsible for this type of damage," Maoz said.

In the study published in the journal eLife, the team used the RNA of each of the COVID-19 proteins and examined the reaction when the various RNA sequences were inserted into human blood vessel cells in the lab.

The team has also used a computational model to assess and identify the type of coronavirus proteins that have the greatest effect on other tissues without having seen them 'in action' in the lab.

"Our research could help find targets for a drug that will be used to stop the virus's activity, or at least minimize damage to blood vessels," Maoz noted.