The first modern pandemic will define this era: Bill Gates

The COVID-19 pandemic, the first modern pandemic, will define this era and no one who lives through this will ever forget it, billionaire philanthropist Bill Gates has stressed. 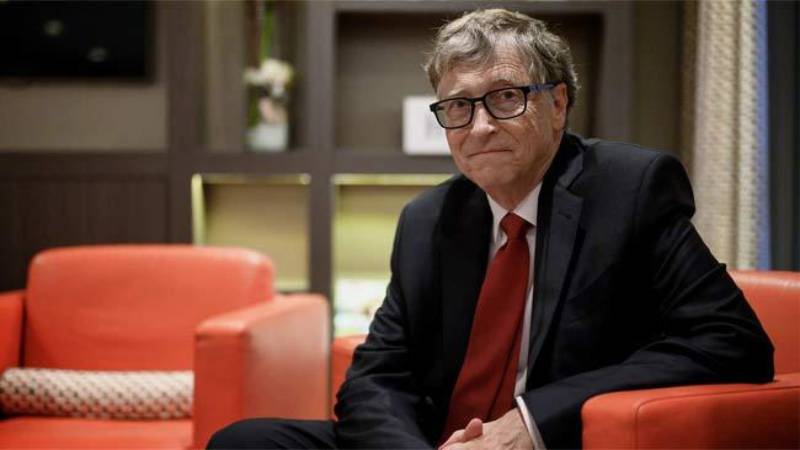 It is impossible to overstate the pain that people are feeling now and will continue to feel for years to come, he said, adding that the disease is disproportionately hurting poorer communities and racial minorities.

"Likewise, the economic impact of the shutdown is hitting low-income, minority workers the hardest. Policymakers will need to make sure that, as the country opens up, the recovery doesn't make inequality even worse than it already is," Gates emphasized in a lengthy post on Thursday.

The coronavirus pandemic pits all of humanity against the virus and the damage to health, wealth, and well-being has already been enormous.

"This is like a world war, except in this case, we're all on the same side. Everyone can work together to learn about the disease and develop tools to fight it." I see global innovation as the key to limiting the damage.

"This includes innovations in testing, treatments, vaccines, and policies to limit the spread while minimizing the damage to economies and well-being," he added.

Currently, over 70 vaccines are in various stages of development globally and 4-5 are in the top race but according to scientists, a successful COVID-19 vaccine may take 12-18 months.

"The economic cost that has been paid to reduce the infection rate is unprecedented. The drop in employment is faster than anything we have ever experienced. Entire sectors of the economy are shut down," said Gates.

According to Gates, so far, "developing countries like India and Nigeria account for a small portion of the reported global infections. One of the priorities for our foundation has been to help ramp up the testing in these countries so they know their situation".

One potential treatment that doesn't fit the normal definition of a drug involves collecting blood from patients who have recovered from COVID-19, making sure it's free of the coronavirus and other infections, and giving the plasma to people who are sick.

A variant of this approach is to take the plasma and concentrate it into a compound called hyperimmune globulin, which is much easier and faster to give a patient than unconcentrated plasma.

"The Foundation is supporting a consortium of most of the leading companies that work in this area to accelerate the evaluation and, if the procedure works, be ready to scale it up.
These companies have developed a Plasma Bot to help recovered COVID-19 patients donate plasma for this effort," informed Gates.

Another type of potential treatment involves identifying the antibodies produced by the human immune system that are most effective against the novel coronavirus.

Once those antibodies have been found, they can be manufactured and used as a treatment or as a way to prevent the disease (in which case it is known as passive immunization).

"It depends on how much antibody material is needed per dose; in 2021, manufacturers may be able to make as few as 100,000 treatments or many millions. The lead times for manufacturing are about seven months in the best case," said Gates.

Gates is hopeful about reopening the economy soon.

"One example of gradual reopening is Microsoft China, which has roughly 6,200 employees. So far about half are now coming in to work. They are continuing to provide support to employees who want to work at home," informed Gates.

The basic principle should be to allow activities that have a large benefit to the economy or human welfare but pose a small risk of infection.

"But as you dig into the details and look across the economy, the picture quickly gets complicated. It is not as simple as saying ‘you can do X, but not Y.' The modern economy is far too complex and interconnected for that," he added.