The who is the gift that keeps on giving at Chelsea Football Club right now, the fans, the players, the board, and the staff all need him more than ever right now. 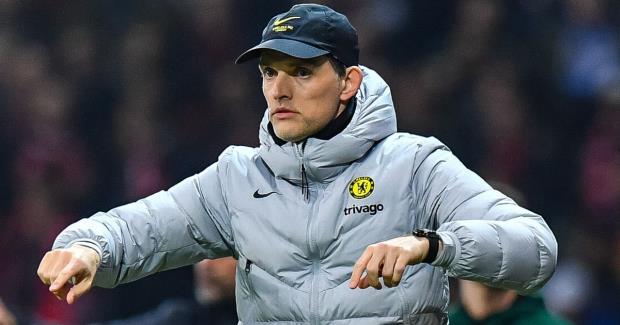 Chelsea boss Thomas Tuchel has sent eleven letter words to fans and the eight clubs that scaled through to the champions league quarter-final.
The who is the gift that keeps on giving at Chelsea Football Club right now, the fans, the players, the board, and the staff all need him more than ever right now.
The German has been the perfect person to spearhead Chelsea through a time of turmoil and uncertainty, and although it is unfair that he has often been forced to be it, he has been a fantastic spokesperson for the club answering all the questions around this whole situation in the last week or so.
But he’s been like that since he arrived, his words are always just absolutely perfect and there is a real genuine feel about this guy.
After Chelsea defeated Lille last night to get into the quarter-finals of the Champions League, Tuchel was asked who he wants to play in the next round. His response was precise and pure genius.
“I want us to be the team nobody wants to play,” Tuchel responded as reported by Football London.
“This is the role we see ourselves in this round of eight. It’s a big step to do it again, again, and again. We fight for the top four places in the toughest league may be in the world right now and we fight in the last eight again [in the Champions League].
Also Read: JUV vs VIL: 5 reasons why Juventus failed to qualify for quarterfinal of UCL 2021-22
“So this brings out the best in us and we want to be the team nobody wants to play against. So let’s see what happens.
With regards to Saudi Media’s rumoured interest in buying Chelsea, CBS Sports claim that there is support in finding funding and partners (but not financial backing) from Mohammed bin Khalid Al Saud.
It is also understood in the English media that the rather unknown consortium have a long way to go before submitting an official offer to the Raine Group before this Friday’s bid deadline surpasses.
However, they will be rather encouraged by what has been said by Johnson and Huddleston regarding the important ‘relationship’ this country has with Saudi Arabia and the need for it to continue in a strong matter in the near and long-term future.
Speaking at a special media interview in the United Arab Emirates, the Prime Minister indirectly fuelled the Saudi Media’s hopes of buying Chelsea with his direct admission about their country.