Threat to Mansa traders on the name of Lawrence gang: credit 2 lacs rupees otherwise will be murdered like Moosewala

Traders are being threatened in the name of gangster Lawrence’s gang in Mansa, Punjab. 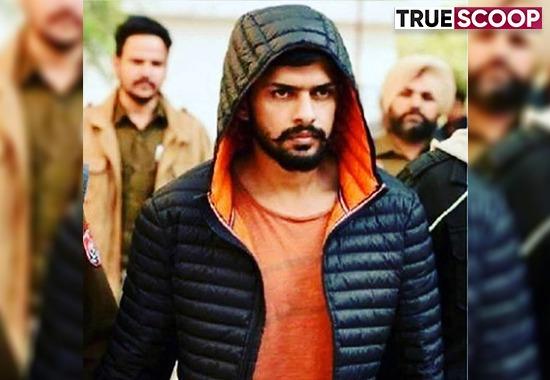 Traders are being threatened in the name of gangster Lawrence gang in Mansa, Punjab. In the threat, the trader is being asked to credit Rs 2 lakh in a bank account. The threatening person says that if the money is not given, then he will kill the trader like Punjabi singer Sidhu Moosewala. Wherever found, he will be killed right there. They also said that they are not afraid of the police. Moosewala was shot dead on 29 May at Jawaharke road in Mansa. So far, 4 traders of Mansa have reached the police with the same type of complaint.
Words of threat
Traders have told the police that the person who threatened to kill them told them to call the police after the threat call disconnected, and tell them that they have received death threats. Call security as soon as possible. Otherwise, they would not be spared. They also threatened them by saying that they'd empty magazines in their heads, and instructed them to close their shops and run away or else they could be attacked any time.
The businessman of Mansa said that he got a call at 1.15 pm and I was told that they were talking from gangster Lawrence's gang.  "If you are dear, then give us 2 lakh rupees. Otherwise, as Sidhu has killed, we will kill you too", said the person on the call.  A video has also been sent to the businessman, in which he is loading the pistol. He said that have had a meeting with the SSP regarding this.
SSP Gaurav Tura of SSP Mansa said that the bank account in which money is being asked to be deposited was only opened 3 days ago. The location of the threatening person is coming from Bihar. The entire case in this regard has been sent to the cyber cell. Those who threatened will be caught soon.