Three reasons given by Jyotiraditya Scindia for leaving Congress

In all his elaborations, the reasons for his anger with the Congress were clear, the common refrain being: the Congress is not what it used to be. 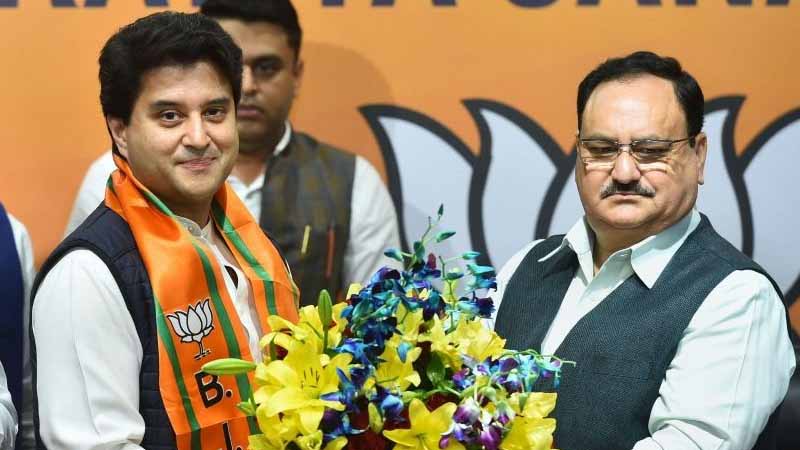 The second reason that Scindia pointed out was corruption in Madhya Pradesh, a state ruled by the Congress. "Transfer industry is flourishing in Madhya Pradesh, where we had a dream after coming to power. Eighteen months on, that dream lies shattered, whether it was about waiving farmers' loans or compensating farmers for the crop damaged due to natural reasons. Hundreds of farmers continue to face various court cases in Mandsaur," he said at a press conference where BJP chief J.P. Nadda was also present.

The third reason for his joining the BJP was the "able leadership of Prime Minister Narendra Modi". "India's safety and security is safe in Modi-ji's leadership," he said.

Earlier, Nadda expressed happiness at the return of the grandson of Vijaya Raje Scindia. "I recall her role in spreading the ideology of Bharatiya Jana Sangh and later the BJP. For us, she was a visionary and an ideal," Nadda said.