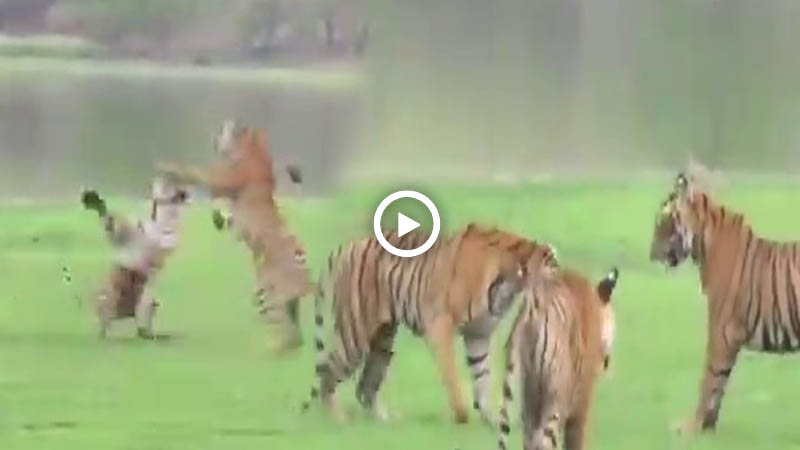 In a daily dose of adorable video, a mother tigress was seen scolding her two fighting cubs. Shared by IFS officer Susanta Nanda with the caption, "Final good bye. It’s time for the two male cubs to leave their mother & establish own territory. By 18 months the cubs know how to hunt on their own but may stay still 2.5 yrs with mother. Here the mother pushes the unwilling brothers to leave. From one South India TR( WA by FD)."

Also Read: Lion at Gir National Park roars back to back to mark its territory. Video goes viral