Tihar jail authorities will approach the Patiala House Court to get the fixed date for the execution of all four convicts in the Nirbhaya gangrape and murder case, as per the information acquired from the officials. 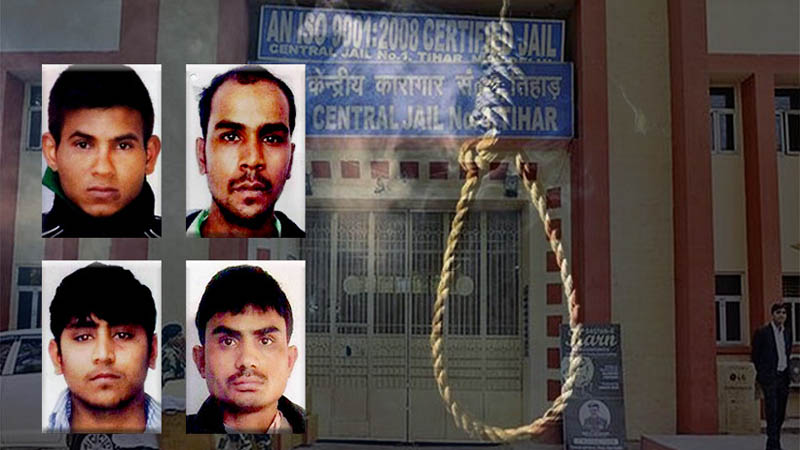 "In view of rejection of mercy petition of Vinay Kumar Sharma by the President, the Tihar Jail is approaching the Patiala House Court for fixing the date of execution in respect of all the four convicts," said Director General (Prison) Sandeep Goel.

On Saturday, Akshay Thakur, one of the convicts of the Nirbhaya case, filed a mercy plea before President Ram Nath Kovind. However, earlier in the day, the President rejected the mercy plea of Sharma.

The four convicts were to be hanged on Saturday but a city court put stay on their execution for the indefinite period.