When Sunil Grover departed the programme, he was reportedly given a spot in the cast by the comedian. 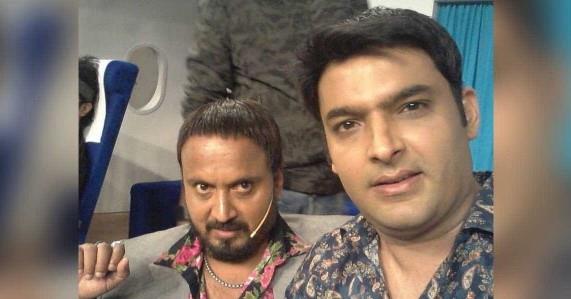 Kapil Sharma is constantly generating headlines, either for his comic programme or for something said by one of his guests. However, the comedian is currently making headlines for the wrong reasons. Kapil had previously appeared on the show Comedy Circus Ke Ajoobe. And now, in a terrible turn of events, his co-star from the programme, Tirthanad Rao, has reportedly attempted suicide. On the evening of December 27, he was admitted to the hospital after consuming poison.
According to sources in Aaj Tak, Tirthanand said in an interview that his family has not spoken to him in years, despite the fact that they live in the same building. He also mentioned that he hasn't been paid for several of his acting roles and that he is in financial problems.
Tirthanand told the entertainment portal about his situation, saying,  “I had consumed poison and I was in a serious condition. I am facing financial problems and my family has also left me. When I was admitted to the hospital, my mother and brother did not even come to see me. Despite living in the same complex, my family members do not talk to me. They did not spend a penny on my treatment either. Even after coming from the hospital, I am staying alone at home. What could be worse than this?”
Tirthanand also revealed that he just appeared in a Shemaroo film, but that he has yet to be compensated for his labor. He also stated that he has not paid for a web series in which he has appeared.
Also Read : Music-Composer Vishal Dadlani loses his father due to Covid
For the uninitiated, Tirthanand collaborated with Kapil in 2016 on Comedy Circus Ke Ajoobe. After his dispute with Sunil Grover, Kapil had also offered him a role. Tirthanand, on the other hand, said that he had to pass up the opportunity since he was filming a Gujarati film. He further stated that after he recovers, he will contact Kapil and request work.
If you need assistance or know someone who does, please contact a mental health professional or talk to someone about it. There are a number of hotlines accessible for this.