Most popular Hindi TV show Taarak Mehta Ka Ooltah Chashmah recently stirred a controversy, as in one of the episodes, Champaklal Gada (Amit Bhatt) said that Hindi is the most common language of Mumbai. 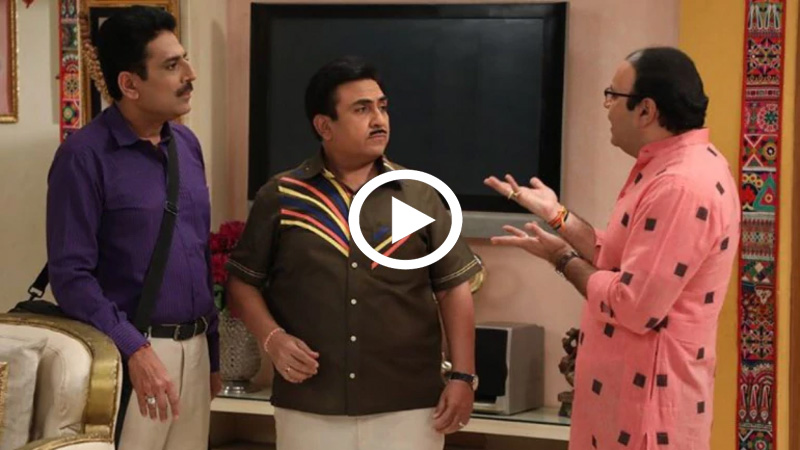 However, the dialog did not go well with the Maharashtra Navnirman Sena (MNS) and Ameya Khopkar, president of cinema wing of MNS raised the matter on twitter and sought an apology from the makers of the show.

After the MNS created a mess over the statement, show producer Asit Kumarr Modi tweeted that there is no doubt that Marathi is the main language of Mumbai.

The official Twitter handle of Taarak Mehta Ka Ooltah Chashmah issued an apology for hurting the sentiments. They wrote, "The only thing we believe in spreading is love and happiness! We apologize if we have hurted any sentiments through our show. We believe in unity in diversity & respect for each and every religion and its mother tongue. Keep smiling & keep watching #TMKOC! @AsitKumarrModi @sabtv."

The tweet of Asit Kumarr Modi also incorporated a video, where Shailesh Lodha, who plays Taarak Mehta,  gives calrification on Champaklal's statement and apologised to people whose sentiments were hurt.

Ameya Khopkar, in his tweet wrote that despite knowing that Marathi is the main language of Mumabi, makers of Taarak Mehta Ka Ooltah Chashma misinformed the people. He wrote that these Gujarati insects should be stopped. He also wrote that the Maharashtrian actors who are a part of TMKOC, should be ashamed of themselves for being a part of this propaganda. 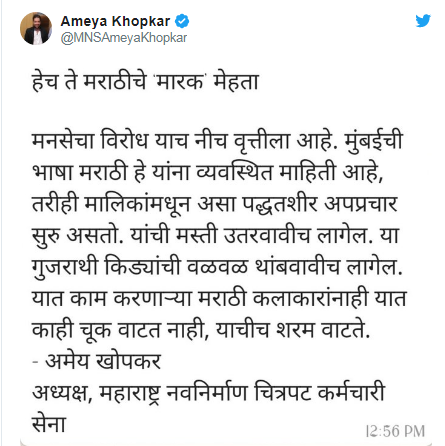 Soon after show and its actors received an open threat by MNS, Amit Bhatt who plays the character of Champak Chacha in the show, wrote an apology letter to the party's chief Raj Thackeray.

In the letter, Bhatt wrote that "while portraying a character I perform whatever is demanded by the scriptwriters. I personally respect Marathi language and I am proud of it. I wholeheartedly apologize for the mistake."