Top 10 Series: In the recent past, there have been many such Indian web series on the OTT platform Netflix, Amazon Prime Video, MX Player, Sony Liv, Voot and Disney+ Hotstar. 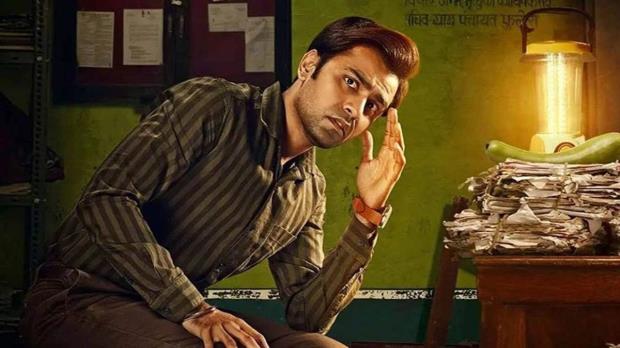 Top 10 Series: In the recent past, there have been many such Indian web series on the OTT platform Netflix, Amazon Prime Video, MX Player, Sony Liv, Voot and Disney+ Hotstar. Who has achieved a lot of success worldwide along with winning the hearts of the people?
These web series have gotten a lot of love from people. Now regarding this, IMDB has released the list of the Most Popular Web Series of 2022 based on the user and rating of the web show. Fans have given 7 or more user ratings to these web shows. This list includes web series from Panchayat to Rocket Boys. Now we'll see the 10 most popular web series after all.
IMDB list of Top 10 Indian Films
Vikram: 8.8/10
KGF Chapter 2: 8.5/10
The Kashmir Files 8.3/10
Hridayam: 8.1/10
RRR (Rise Roar Revolt): 8/10
A Thursday: 7.8/10
Jhund: 7.4/10
Samrat Prithviraj: 7.2/10
Runway 34: 7.2/10
Gangubai Kathawadi: 7/10
IMDB list of Top 10 Indian Web-series
Campus Diaries: (9/10)
Rocket Boys: 8.9/10
Panchayat: 8.9
Human: 8/10
Apaharan: 8.4/10
Escaype Live: 7.7/10
The Great Indian Murder: 7.3/10
Mai: 7.2/10
The Fame Game: 7/10
Yeh Kaali Kaali Ankhein: 7/10
Also Read: OTT series to watch in June: 5 best entertaining binge-watch on Hotstar, Amazon Prime, Netflix & More
Here are the top 10 Web series
Campus Diaries (MX Player)
The web series Campus Diaries, which came on MX Player, has only 9 ratings by IMDb. It depicts the life of a new generation and where they are seen dealing with the difficulties of college. Along with this, love, friendship and college life have been shown in a great way.
Rocket Boys (Sony Liv)
Rocket Boys is one of the best web series of this year based on the life of famous Indian scientists Homi Bhabha and Vikram Sarabhai. The series starring Jim Sarbh and Ishwak Singh has got an 8.9 rating.
Panchayat Season 2 (Prime Video)
Like the first season of Panchayat, the second season of this series also got a lot of love from the audience. The show has got a rating of 8.9. Jitendra Kumar was seen in the lead role in this. Raghuveer Yadav and Neena Gupta were also seen in this series with him.
Apaharan (Voot)
Arunoday Singh appeared in the lead role in the second season of the web series Apaharan on Voot Select. Arunoday Singh, who also played the role of Uttarakhand Police in this series, has done a great job. It was well-liked by the audience. It has got a rating of 8.5.
Human (Disney+ Hotstar)
Shefali Shah and Kirti Kulhari starrer web series revolve around human doctors and their lives. In this series, human testing is shown as a business. This series has got a rating of 8.
Escaype (Disney+ Hotstar)
The digital reality show Escaype Live, which aired on Disney Plus Hotstar, has a rating of 7.8. Many other stars including Javed Jaffrey, Siddharth, Plabita Borthakur, Shweta Tripathi, and Ritwik Sahore were seen in this series.
The Great Indian Murder (Disney+ Hotstar)
The web series The Great Indian Murder, directed by Himanshu Dhulia, has been rated 7.3 by the audience. In this web series starring Prateek Gandhi and Richa Chadha, a case of murder of a businessman is shown during a party.
Mai (Netflix)
Sakshi Tanwar played the lead role in the Kahaani Ghar Ghar Ki serial. He made his OTT debut through the web series My. He has done excellent acting in this series. This web series is based on a woman who tries to get to the secret of her daughter's murder. This series is rated 7.2.
Yeh Kaali Kaali Aankhen (Netflix)
Yeh Kaali Kaali Aankhen, starring Tahir Raj Bhasin and Shweta Tripathi, Aanchal Singh, released on Netflix, has got a rating of 7. It is shown in this series that a man is forced to marry the daughter of a politician so that he can keep his family safe.
The Fame Game (Netflix)
The web series The Fame Game starring Bollywood actress Madhuri Dixit and Sanjay has got a rating of 7. The show is based on the story of a popular actress. which goes missing. The story of this web series has been made to find out the actress. As the shocking revelations are going forward.