A latest study revealed that chemicals named phthalates were found in the food items of international restaurant chains, including, Mc Donald’s, Burger King and Pizza Hut. 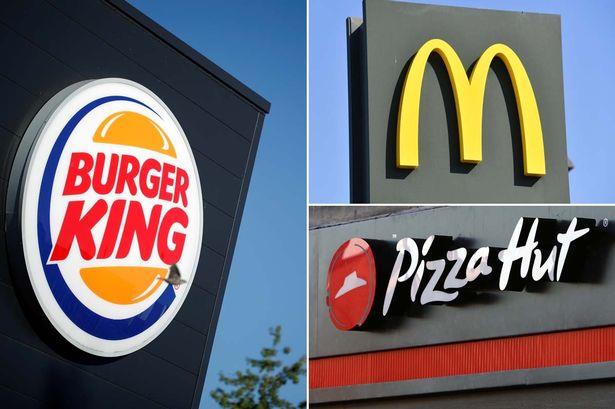 Experts always suggest not to eat fast food and now a new study has come out, which supports their concern. The study revealed that the traces of chemical named phthalates, used to make detergent, rubber gloves and keep plastic soft,  were found in the food served by the famous international food chains, including, Burger King, Pizza Hut, Mc Donald’s, Taco Bell and Chipotle. This study was published in the weekly Journal of Exposure Science & Environmental Epidemiology.

Also Read: How to identify misleading food & not be tricked, know all about processed food

The researchers from George Washington University, the Southwest Research Institute (San Antonio, Texas), Boston University and Harvard University conducted a study on 64 food samples of hamburgers, fries, chicken nuggets, chicken burritos and cheese pizza from these chains and found that over 80% of the foods contained a phthalate called DnBP. And 70% contained the phthalate DEHP.

Both of the chemicals found are hazardous for health and are linked with reproductive health problems. They can also affect pregnant women and people of colour.

In the above study, the researchers have mentioned that how “substantial evidence linked phthalate exposures to increased risks for children’s learning, attention, and behavioral problems.”

Also Read: What to Cook Quickly This Diwali: 5 Classic Recipes for Dinner

The Food and Drug Administration has said that they would look into the matter and would conduct a review study. A statement shared by an FDA spokesman read, “Although the FDA has high safety standards, as new scientific information becomes available, we re-evaluate our safety assessments.”

“Where new information raises safety questions, the FDA may revoke food additive approvals, if the FDA is no longer able to conclude that there is a reasonable certainty of no harm from the authorized use,” the spokesmen added.