Tractor Rally: January 26, 2021 may go down in history as the biggest protest of the contemporary times 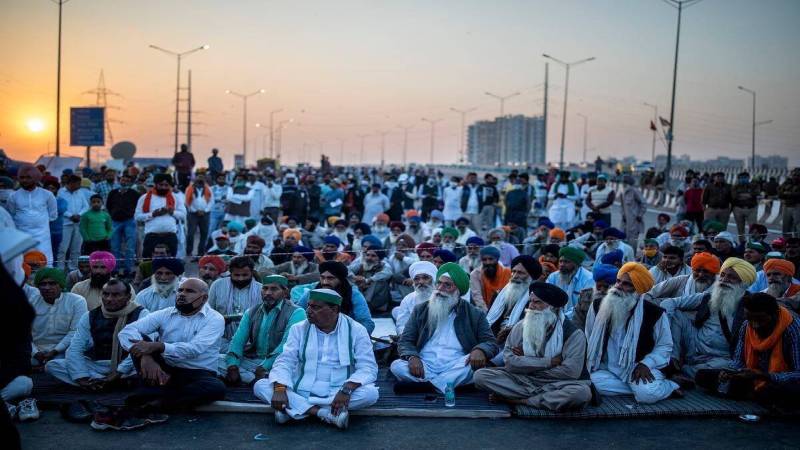 After the union government passed agriculture laws in the most undemocratic way possible, a series of protests erupted across the country with Punjab taking the limelight. Why undemocratic, the reason is that the actual stakeholders were not considered and perhaps discussions didn't happen in Lok-Sabha.

It turned the atmosphere in agriculture dominant states serious where people started discussing the impact as to how these laws could actually scuttle the development and growth of agriculture and farming as occupation.

The Myth: Protesting farmers only from Punjab

Determination of farmers took another turn when they left for Delhi from Punjab, Haryana, Uttar Pradesh and other areas to protest against the contentious farm laws. After passing the laws in September, the cold days and nights of winter turned the protests hotter across India.

Historic and peaceful are two keywords to describe the ongoing tussle between the government and farmers of India.

Although, the Government at the center led by Bharatiya Janata Party (BJP) and the union agriculture minister said that many farmers and experts were happy with the laws. The ministers alleged that only the people of Punjab and Haryana have problems with the laws.

Though one section of the media showed them as anti-nationals, secessionists and terrorists, the farmers didn't budge. They are still standing on their ground and peacefully maintaining discipline with only some incidents that are still obscure and unfounded like the one involving the youth who alleged a policeman sent him to kill four leaders of farmers and then counter alleged that he made the statement in fear.

Despite all odds, hope of getting the laws repealed is what keeps the farmers of India going

They are camping at the borders of Delhi- Singhu, Tikri and Ghazipur. Many farmers have committed suicide across the nation because they couldn't brave the depressing toil that the protest rang in for them. While some farmers died in road accidents while returning to their home towns. If all this wasn't enough, they braved atrocities of police.

Tear gas shells and water cannons were used to disperse them. The farmers braved everything. They didn't respond in a similar vein. Rather, they kept going on peacefully and disciplined.

Tagged as Khalistani and Secessionist

They were branded as Khalistani and secessionist in the apex court but they are still carrying India's flag atop their tractors and trolleys. The farmers say they don't have any personal enmity with the government but they just want repeal of laws.

Farmers are expected to carry out a tractor parade on January 26. It coincides with the Republic day parade. Look around the world, such protests turn violent, even the most prominent Black Lives Matter turned violent but the farmer's in India are walking on the footsteps of Gandhi.

One of the farmers had written a letter of Prime Minister Narendra Modi's mother Hiraben Modi asking her to convince her son to withdraw the contentious laws.

Kisans to celebrate the R-day with Jawans

Now when the farmers are gearing up for a tractor parade in a country, it gives us a slogan of 'Jai Jawan-Jai Kisan'. While the soldiers will be marching at Rajpath on Republic day, the farmer's of the nation will be marching on their Tractors.

Why tractors? Tractor is a symbol of farming. It is an indispensable part of farming. Without tractors, the life of farmers is like a boat without oars.

The Supreme Court was extremely disappointed at the handling of farmer's issue. Yet it interfered and formed a committee and put off the implementation of laws. It even said there can be no precedent in a law and order situation. How easy it is to drag the farmers in the court when the government knows it has power and resources to cope up with it. It becomes more easy when you have central agencies at your disposal like National Investigation Agency sending notices to farmer leaders and supporters of farmers' protest. Still, they kept going. Probably, the hope is still strong. Hope is what keeps them moving.

What will the government do now?

Though the government has tested everything from the patience of farmers to their resilience, the deadlock seems to be at its peak. The talks have broken down. Government has become adamant. Is it democratic to be adamant? Is it democratic to not accept the demands of farmers? Perhaps, it is not an election year where election manifestos give false hope of increasing farmers' income or more prominently doubling their income. It is our new India where every issue is trivialized, where the government says everything is fine and international media is stopped from covering several events or going to certain parts of our country. It has become India where 'Sabka Saath, Sabka Vikaas' rings hollow.

While the farmers comprising of women-young and old, children and men are sitting at the borders of Delhi, it is time to reflect back on what have they done. Are they asking for anything so special that the government can't give them? The farmers still trust the government. That is why they are still protesting peacefully. That is why they have not returned to their home towns. They have hope. They are shelling out money to buy new tractors and go to Delhi, to be the part of tractor parade. They are going perhaps, to show the government how protests work in a democratic set up. Does government need any more proof of their resilience? Government has to show that it can protect the hopes and trusts of its people. Government will be responsible if vile elements took advantage of the ongoing agitation. Time is everything the government has and doesn't have. The only solution is to step back.

Should government repeal the Farm Laws?

Stepping back is essential. One has to take several steps back to achieve aims of higher jumping. Now is the time to reclaim the lost trust and renew the hope of farmers of the nation. After all, development isn't only possible by implementing laws and it is not linked to acts but winning people over and these are people of the country. Precisely, the farmers who fill the food bowl of India. Development is possible only if the government steps back. Otherwise, suppressing the people of the country and especially the farmers won't yield any outcome. It will suppress the cause. Let the development be on the side of farmers and it is only possible if government agrees to their demands.