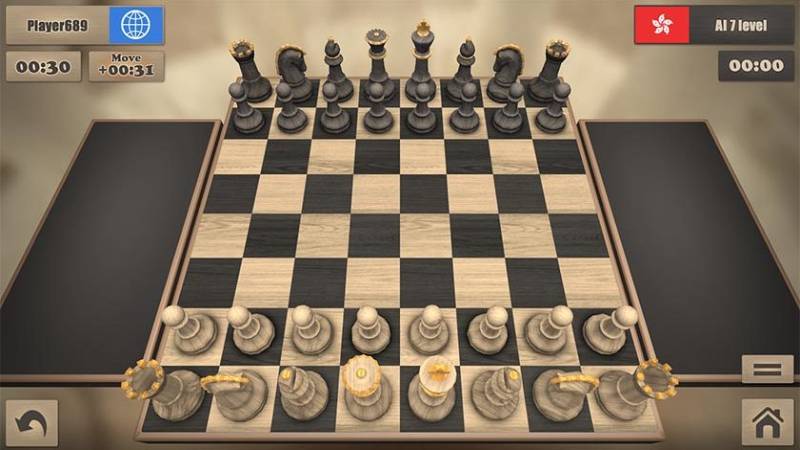 The 39-years-old civil engineer said 975 players from 10 countries, including the trouble-torn Syria, took part in his online fee-free chess competition. "Each day, the number of players is rising. To keep the enthusiasm before participation, there are free practice sessions," Das told IANS.
FIDE Master Prasenjit Dutta, All India School Chess Champion Arshiya Das, International Arbiter Pradip Kumar Roy and many top players have played matches at Das's online platform. International Master Neeraj Kumar would play on Monday night, he said.
"I plan to give cash prizes to 10 best-ranked players of the 75th (platinum jubilee) contest, to be held on May 15. My aim is to attract players from as many as 100 countries," said Das, who works in the Tripura Public Works Department (PWD).
The first contest of the "Lockdown Online International Chess Tournament", on March 28, had 15 local enthusiasts, including Das's seven-year-old son, who had participated at the under-7 national championship in 2019 in Kolkata.
"In the past 45 days, chess players and lovers from many states, like Delhi, Assam and Karnataka, and many countries, including Bangladesh, Sri Lanka, Nepal, the Philippines, South Korea, Germany, Brazil, the UAE and Syria, have taken part in the contest," he said.
Also Read: Thanks My Love: Virat Kohli flaunts his love for Anushka Sharma during Live Chat With AB de Villiers. Watch
The online chess competition is organised in four formats, starting at 8 p.m. every day. The duration of the bullet, blitz and rapid formats is two hours, and two-and-a-half hours for classical chess. The practice session is in the early morning and noon.
In view of the Covid-19 pandemic, Prime Minister Narendra Modi suggested changing the way of life. "I believe, this online chess competition will act as a 'Corona drug. Ón each day, there is a slogan in the game to stay healthy and do physical exercise," Das said.
He said chess had been his passion since student life, though not in the digital format. "To help staying-at-home people keep boredom away during the lockdown, I logged on to lichess.org, a chess portal. It prompted me to start the tournament," Das said.
The uniqueness of this online chess site, he said, was that anyone could observe two players playing from any part of the world.
Coronavirus Outbreak Lockdown Effect Quarantine Period Tripura Man Online Chess Tournaments Online Fee Free Chess Competition Big Hit During Corona Top News Sports Trending News True Scoop