Abhishek Banerjee, other TMC leaders booked for “misbehaving with cops” in Tripura

On Wednesday, TMC leaders including Abhishek Banerjee have been booked by the Tripura Police for misbehaving with Additional SP and SDPO. 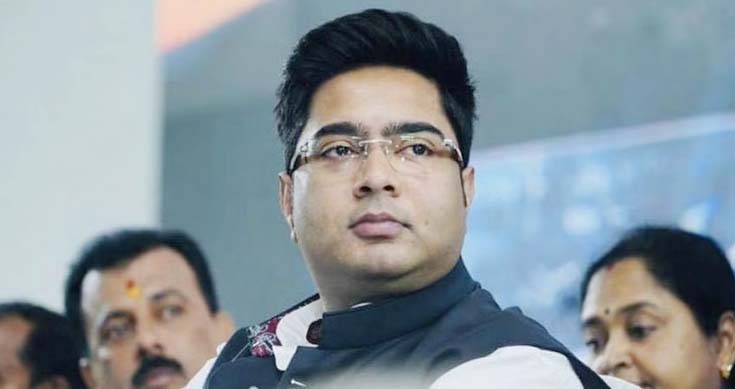 On Saturday, 14 TMC leaders were booked for violation of Covid-19 norms and blocking the National Highway.

Superintendent of Police from Khowai district said media organization, IndianExpress, that the leaders have been booked in a suo moto FIR registered on Tuesday under IPC section 186. The FIR was registered after BJP spokesmen Nabendu Bhattacharya said that TMC leaders have allegedly misbehaved with cops when they were at visit to Tripura.

The local court of Khowai has granted bail and interim bail to all the arrested TMC leaders on the same day and asked the police to submit the case diary during the next hearing. After the incident, Abhishek Banerjee flew in from Kolkata to Khowai and alleged that his party workers were attacked by the BJP supporters. Later, he returned to Kolkata with his party workers, out on bail.

After the bail was granted, Banerjee lashed out at Tripura CM and tweeted, “Bail granted to all AITC official workers who were arrested in Tripura. Satyameva Jayate!

I'll be taking them to Kolkata as they have sustained severe injuries & were denied medical attention. Biplab Deb you can keep trying but all your resources will fall short! MARK MY WORDS.”

Subal Bhowmik reacted to the issue and said that TMC workers are being targeted and falsely implicated in the case. He said, “These allegations are baseless and the police administration is being misused for political ends against TMC. We didn’t create any obstruction in the duty of police officials on that day. 48 hours later, they booked us under section 186.”