Trouble for travel agent Vinay Hari: Non-bailable warrant issued against his wife and one more

The police have been ordered to arrest both of them and bring them to court so that both ongoing charges can be heard. 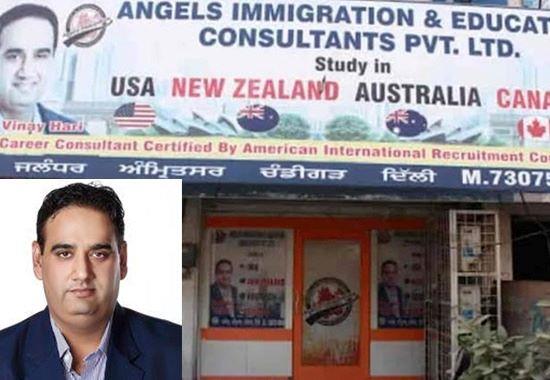 Vinay Hari, is in difficulty once more as a court has issued arrest orders for Sumati Hari and another person. According to the information, the police are searching for Vinay Hari's wife Sumati Hari and Harinder Kumar. The police have been ordered to arrest both of them and bring them to court so that both ongoing charges can be heard.
According to the records, Sumati Hari and Harinder Kumar did not appear, but Vinay Hari, the accused in both cases, appeared. According to the legal procedure, the court first issued "bailable warrants" for both, and then on the previous day, non-bailable warrants were issued against both of them. The police have received orders to make arrests. 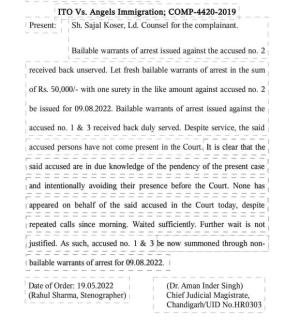 All the directors of the company of visa consultant Vinay Hari were ordered by a Chandigarh special court to comply with Sections 276-B and 276-C of the Income Tax Act of 1961. The owner of the controversial travel agency, Angels Immigration and Education Consultants Pvt Ltd, was summoned under Section 277 as an accused in two different cases.