Exclusive: Counselling psychologist Aarzoo Mehta clarifies what leads children to wrong path and how parents can help avoid it 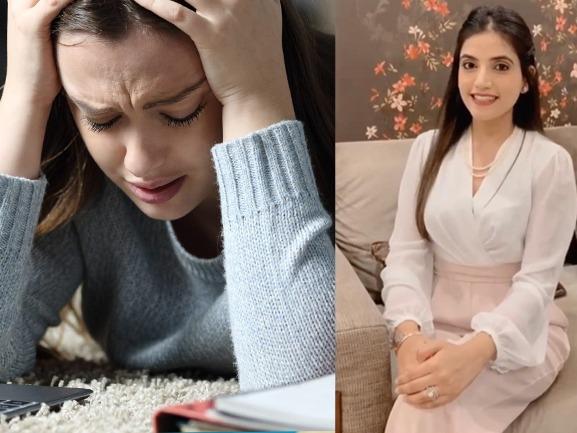 Every day we hear one or the other kind of news but sometimes such incidents grapple the headlined or come in the news, which after getting read leaves the people dumbfounded. Whenever anything which is not expected to come to the fore is in the headlines, we tend to think that where is the world getting led to.

Over the past few weeks news related to children becoming hooligans and committing crimes has surfaced on almost every news platform. Whether these children do it intentionally or unintentionally, the point that is raised by everyone is what drives them to walk on such a wrong path. At such a tender age where they have not even seen the world or experienced even half part of their life, they are doing things that create unrest in the whole country.

It was almost two weeks ago when two news came from Amritsar in which 9th and 10th-grade students threatened to blow up the school with bombs just to get the exams canceled. Not only this but another incident of a school was revealed where a girl was caught cheating in the exam and after getting bashed by the authorities, without telling anyone she went missing. It was by god’s grace that she was found but what would have happened if she would have taken a wrong step? Shockingly 220gm of heroin was seized from a 17-year-old girl and it was barbaric to see a 22-year-old girl dying by suicide because she felt she was not able to make her parents proud.

Doing a deep study of all the incidents that have sprung up till now related to teenagers leaves many unanswered questions in everyone’s mind. It would be very pertinent to think about what leads these children to take such huge steps or choose a wrong path that can have implications for their whole life. Also, if taken a better look at all the incidents it somewhere points towards that students have a lot of pressure from exams or schools which results in these kinds of cases.

TrueScoop decided to come in contact with a person who can give an insight into children’s psychology and what responsibilities parents have to make towards their children.

We came in contact with a renowned Counselling psychologist named Aarzoo Arora Mehta of Sareen Healthcare and Centre, Jalandhar who clarified all the doubts that what is leading children to do such unlawful activities. Not only this she also answered all the questions related to exam stress, the impact of exposure of students to media at a young age and how the parents should deal with all this.

Talking about the exam pressure that children face these days because of which they find out ways to be far away from them she said, “students preparing for exams often feel under pressure. Excess pressure may result in feelings of anxiety or depression. Too much exam stress can cause individuals to perform poorly in exams. There are many causes which can lead to this pressure knowingly or unknowingly.”

She further explained the causes and how created a huge impact on children’s health. She stated, “one of the major causes of exam stress is the parental pressure. Parents expect a lot from their children and therefore pressurize them to perform well in exams. However, keeping high expectations and pressurizing children during exams can cause exam stress in them. Which leads to anxiety and panic attacks or even suicidal thoughts.”

She also informed that these two things make a very serious impact on any child’s mind. Through both things, children tend to feel that they are not good enough to perform well and find out ways to get out of the situation. These thoughts tend to lead the children to the wrong path and do unlawful things.

Citing the reasons and causes are good but to have the solution for the same is the best. The counselor impressed upon the point that there are solutions that can be worked out to make the children calmer. She said, “parents should especially try not to compare their child with the other classmate. Comparison leads to a higher level of stress, anxiety and inferiority complex in children. If the stress gets to a point where you see your child is not comfortable or not able to think right, try and speak to someone about it. Children must have a parent or someone they can speak to openly and honestly. Let them know that you are there to help and talk if they need anything. The best thing you can do is listen to your child, give them support and avoid criticism.”

We also asked whether the over-exposure of children to social media leads them to do such activities. To this, she replied “children these days are so addicted to social media which has a lot of negative effects on teens. Kids are more curious about knowing what other people are doing rather than spending time for themselves. The ones who spend more time on social media become victims of depression and anxiety because it adversely affects their thought processes and mood which indirectly creates exam stress and they end up doing wrong things like spreading rumors, bullying, suicide and self-harm.”

After speaking to her it becomes very clear that the children are getting indulged in wrongful activities without even knowing. The circumstances or the things that they have been going through make them do this stuff. It becomes the responsibility of every person to do the needful to get the problem resolved.

Also, I anyone is going through any mental health issue then there is nothing to be ashamed of. Just as when people have problems in their body they seek a doctor, similarly, when you have a problem with your mind, it is OKAY to seek help from a psychologist