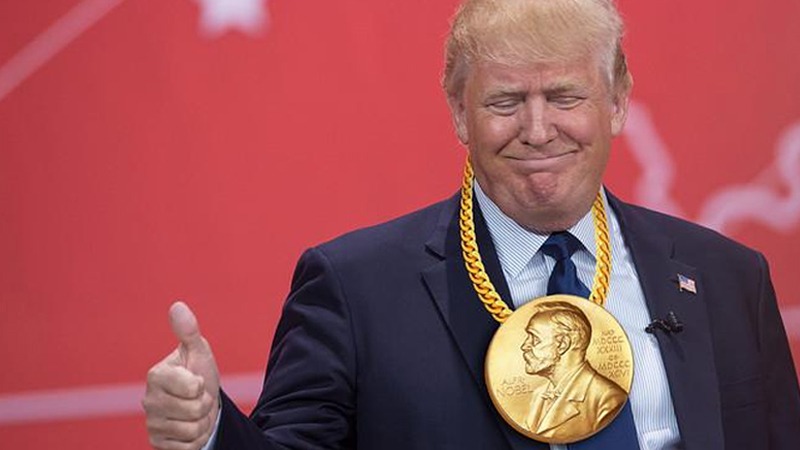 No sooner did the Norwegian lawmaker nominated US President Donald Trump for Nobel Peace Prize 2021, netizens went bonkers and social media was flooded with memes.

For the second time in his presidency, Trump was nominated for the prize for brokering peace between Israel and the United Arab Emirates (UAE) besides resolving other conflicts.

In a statement, Norwegian Parliament member Christian Tybring-Gjedde, who also serves as chairman of the Norwegian delegation to the NATO Parliamentary Assembly, cited Kashmir border dispute between India and Pakistan, the conflict between North and South Korea and the nuclear capabilities of North Korea as some of the key issues solved by Trump.

Netizens unapologetically took to the Twitter to express their views. While some extended congratulatory messages, many were not so pleased by his nomination.

Here are some of the reactions:

For a nomination alone, the barrier to entry is low: all nominations from heads of state or politicians serving at a national level are accepted.

University professors, directors of foreign policy institutes, past recipients of a Nobel Prize and members of the Norwegian Nobel Committee are also among those deemed qualified to submit a nomination for the prize. The nominations require no invitation and as long they are entered before 1 February of the qualifying year, they will be accepted.

For the 2020 Nobel Peace Prize - the winner of which has not yet been announced - there were 318 candidates. The Norwegian Nobel Committee doesn't publicly comment on its nominees, which are kept secret for 50 years.