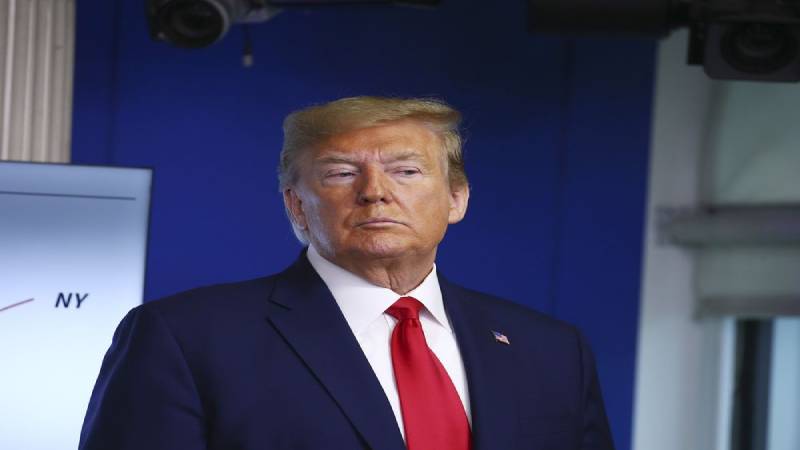 US President Donald Trump on Monday twitted that Pfizer and the Food and Drug Administration (FDA) delayed the announcement on COVID-19 vaccine before elections to stop him from getting a "vaccine win".

In his tweet, Trump alleged that the US Food and Drug Administration "and the Democrats didn't want to have me get a Vaccine WIN, before the election, so instead it came out five days later - As I've said all along!".

He tweeted, "As I have long said, @Pfizer and the others would only announce a Vaccine after the Election, because they didn’t dare to do it before. Likewise, the @US_FDA should have announced it earlier, not for political purposes, but for saving lives!.”

American pharmaceutical firm Pfizer Inc and its German partner BioNTech SE on Monday said early data of trials have found their vaccine to be 90 per cent effective in preventing COVID-19. The analysis was assessed on 94 confirmed cases of COVID-19 in trial participants.

"If Joe Biden were President, you wouldn’t have the Vaccine for another four years, nor would the @US_FDA have ever approved it so quickly. The bureaucracy would have destroyed millions of lives!” Trump claimed.

Earlier, Trump had said in September that the US government will start distributing the vaccine by October and he worked on removing several obstructions to fast-track development and approval of a vaccine.

After losing the elections, Trump accused the poll process and of vote fraud. Claiming that Joe Biden has been wrongly declared as the president-elect, he has demanded a recount and a thorough investigation into the counting process.

Twitting on Pfizer’s Covid-19 vaccine effectiveness, Trump seems to point out that the drugmaker held the results of the vaccine fearing it would affect the outcome of the elections.

Get the latest update about US Elections 2020, check out more about FDA, True Scoop, Top International News & Pfizer