US President Donald Trump has signed a proclamation on Friday palcing new, tailored visa restrictions on countries which failed to meet a series of security criteria and somehow proves to be a threat to United States, said the White House. 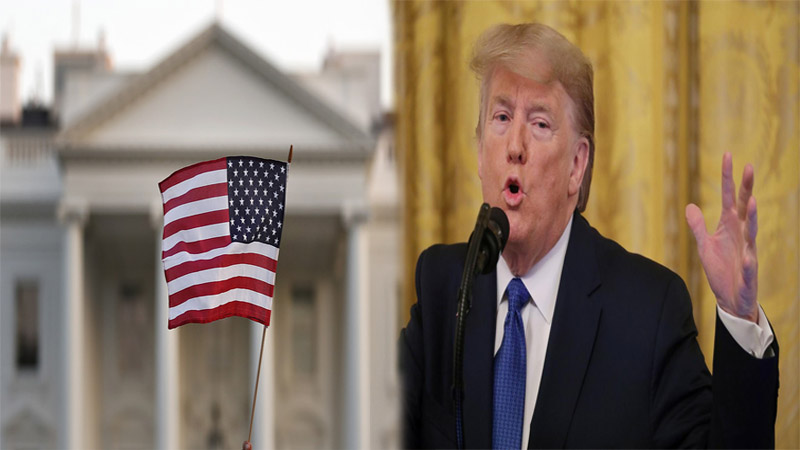 Grisham also said, however, new restrictions will not be imposed on tourist, business, or other non-immigrant travel. The Administration will work with the non-compliant countries to bring them into compliance with United States security standards, she added.

Acting Secretary Chad F Wolf said the US has raised the bar for global security by requiring nations to meet the Department’s stronger security standards and by making it clear to countries what they must do to meet those standards.

"The top responsibility of the President and the Department of Homeland Security is the safety and security of the American people, and these new examining criteria accomplish that goal and are raising the bar for global security. It is logical and essential to thoroughly screen and vet everyone seeking to travel or immigrate to the United States. However, there are some countries from whom the US does not receive the necessary information about its travellers and, as a result, pose a national security or public safety risk that warrants tailored travel restrictions," said Wolf.

He also added, Department of Homeland Security has refined its robust security standards including enhanced screening and vetting capabilities, that allow it to better identify terrorists and criminals attempting to enter the United States.

“These screening and vetting capabilities are most effective when foreign governments contribute to our ability to verify a traveller’s identity and assess whether they pose a national security or public safety risk,” Wolf said.

It was also quoted by wolf that for a small number of countries that lack either the will or the capability to adhere to these criteria, certain travel restrictions have become necessary to mitigate potential threats.

The new, additional restrictions are not blanket restrictions, he said, adding that these tailored restrictions will make the US safer and more secure. And countries that make the necessary improvements will have their restrictions removed accordingly, as was done in 2018.

Beth Werlin, executive director of the American Immigration Council, denounced the travel ban saying, "The new ban blocking immigration from six nations is unnecessary and un-American. We decided long ago that the United States does not exclude people based on where they were born or what religion they belong to. These policies call into question our commitment to those principles."

Werlin alleged that the Trump administration’s earlier travel ban was also devised to ensure national security, but instead, needlessly divided families. It has yet to demonstrate any meaningful value as a national security tool. This new ban is an extension of this misguided policy, he said.

Senator Chris Murphy said that Trump’s decision to continue to go down this cruel path "betrays who we are as a nation. People who live in these countries are not a threat to us simply because of the place they were born, and these senseless restrictions will devastate immigrant communities. People come to America with the hope of finding a better life, and in turn, they contribute to our economy and our society. This expansion of his Muslim Ban does nothing to make us safer, is antithetical to our values, and makes our society less resilient and less prosperous. I won’t stop fighting until Trump’s discriminatory bans are repealed."

Congressman Bennie Thompson, Chairman of the Committee on Homeland Security, said that the announcement is “a brazen step” to begin dismantling the Diversity Visa program.

“This has been a longstanding political priority for the President and is consistent with what has been widely reported about his thoughts on immigration from countries with predominately black and brown populations. The fact that he has couched this political decision in homeland or national security terms is grotesque. Both the timing and the focus of these new restrictions represent a shameful political maneuver that hurts thousands of people and families. Using our national security structure for political benefit will not make America great," Thompson said.