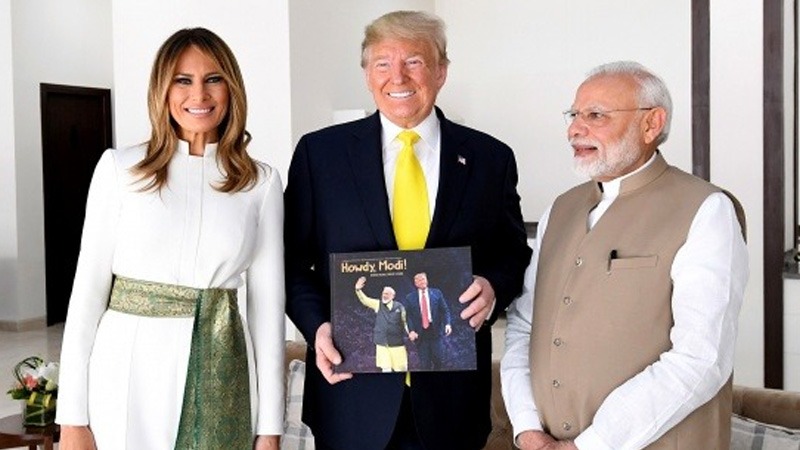 US President Donald Trump or his company paid $145,400 in taxes to India and received $2.3 million from projects there, according to an eminent news paper's report. The newspaper said the taxes were paid by him or his companies in 2017 and the $2.3 million in income came during Trump's first two years in office.

The reports  did not give details of the income Trump derived from India. It was also not clear if it was Trump's personal income or his organisation's.

Before he became the President, Trump was principally a real estate developer running the Trump Organization, besides dabbling in show business.

He had visited Mumbai in 2014 before plunging into politics to meet with developers of the local Trump Tower and other business people.

The web sites of the Trump Tower projects in Kolkata and Pune carry the disclaimer that the properties are "not owned, developed or sold by the Trump Organization or any of their current or former principals or affiliates."

The newspaper, which said that it had received copies of Trump's income tax records, claimed that the self-proclaimed billionaire had paid only $750 in federal income taxes in 2017, his first year in office.

It said that for 10 of the previous 15 years, he had not paid any taxes because his losses were higher than his income.

The disclosures on Sunday evening by the New York Times, which did not say how it received the copies of the tax filings, came as Trump was getting ready for a debate with Democratic Party candidate Joe Biden on Tuesday.

Biden's campaign immediately released an ad comparing Trump's $750 taxes reported by the Times with that paid typically by the teachers, which is about 10 times as much, and by nurses and firefighters.

Trump has refused to disclose his income tax filings which all Presidents had in recent times. He said he will not make them public while the Internal Revenue Services (IRS), the federal tax authority, was auditing his tax filings, and would release them only after the audits were over.

At a news conference on Sunday, Trump called the Times report "fake news". He said, "Actually, I paid tax, but -- and you'll see that as soon as my tax returns -- it's under audit. They've been under audit for a long time." But he refused to say how much tax he had paid.

Trump also said that he had been negotiating with the IRS for a long time.

The Times said that he made $73 million from projects abroad, most of it from golf properties in Ireland and Scotland.

He also received $3 million from the Philippines and $1 million from Turkey, which along with India, the Times asserted, were "countries with authoritarian-leaning leaders or thorny geopolitics". Outside of the US, India with four has the most number of Trump Organizaiton-affiliated projects.

The Trump Tower built in Mumbai in association with the Lodha Group says on its website that apartment prices start at Rs 7.8 crore.

Donald Trump Jr. had visited India on a business trip in 2018.