US President Donald Trump takes a jibe at Mike Bloomberg for his unsanitary finger licking after eating pizza. Watch Video

US President Donald Trump took a jibe at Mike Bloomberg, a candidate for 2020 presidential election for licking his fingers after eating pizza, at the time when coronavirus has become a global health emergency. 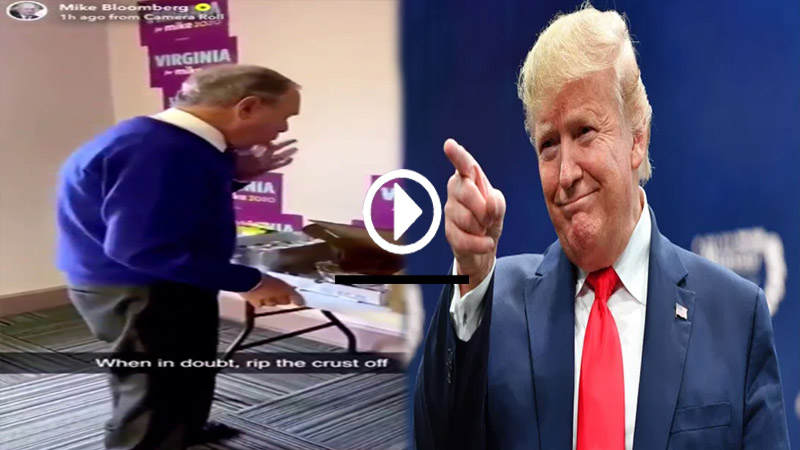 Trump tweeted a snapchat video of the former New York City mayor, he can be seen eating pizza crust at a campaign stop. He then puts the slice back into the box and licks his fingers.

Trump tweeted the video with caption, "Mini Mike, don't lick your dirty fingers. Both unsanitary and dangerous to others and yourself."

However, the date on which Bloomberg eating pizza video was shot is not mentioned but it has a caption which says, "When in doubt, rip the crust off." After Trump tweeted video, in a nick of time, the video went viral and managed to receive 2.6 million views.

Ever since the coronavirus is spreading widely around the globe, governments everywhere are urging people to adopt hygienic measures like washing hands multiple times and avoiding physical contact.