Truth or Rumors: The love couple Aly and Jasmin have breakup? Fans in deep shock 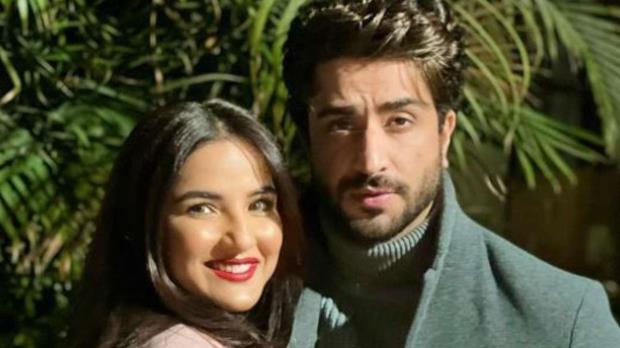 The news of the breakup of popular love couple Jasmin Bhasin and Aly Goni has been getting viral. The couple shared a picture on their social media accounts indicating their breakup.
Jasmin Bhasin and Aly Goni both are television actors who were last seen in Big Boss together and the fans get to see very interesting chemistry between the duos. After Big Boss, the duo made many public appearances together. They also shared pictures of each other on their social media accounts.

Suddenly the news o their breakup is getting viral on the internet. Recently actor Aly Goni took to his Twitter account and posted a picture of him and Jasmin Bhasin from Big Boss on his account. He wrote, “Not together but hearts will always be connected." He has also put an infinity sign in the caption.
Also read: Sunny Hinduja starts shooting for 'Shehzada' in Mauritius

Jasmin Bhasin also shared the same on her Instagram story. She has also tagged Aly Goni in the post. Seeing all this it is indicating that they have broken up. Deeply shocked by the post, fans are asking questions regarding the breakup in the comments. Many fans wrote about the Big Boss romantic moments with the duo. Some also shared videos and pictures from the show. Jasmin is currently out of the country for her shoot. She is busy shooting in the UK.