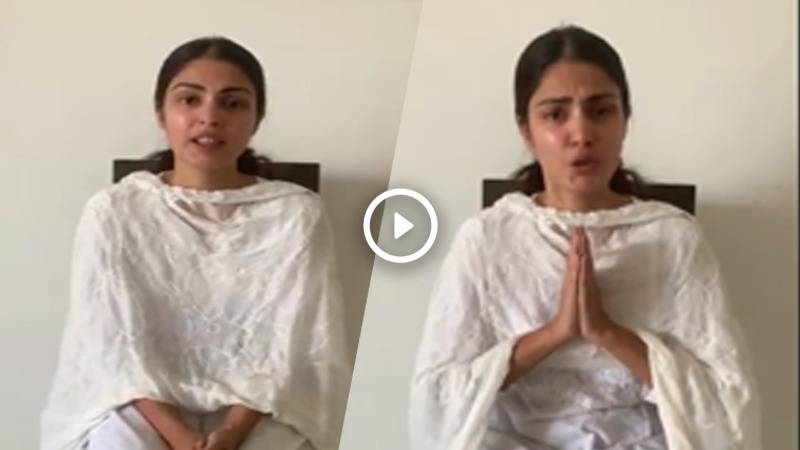 Since the FIR has been filed by Sushant Singh Rajput's father KK Singh against Rhe Chakraborty under various sections, the actress has gone incommunicado. Going by the reports of Times Now, when Patna Police went to Rhea's house at Goregaon she was not there and from that time no one has seen her. However, her lawyer Satish Mahashinde in the Supreme Court said that  Rhea has been falsely implicated in the FIR registered against her in Bihar by late actor Sushant Singh Rajput's father.

Earlier in the day, it was expected that Rhea might call a press conference to present the story of her side. But, Rhea chose to appear in front of the justice seekers in the video format. Rhea recently released a video statement to broke silence on the Sushant Singh Rajput media.

In the video, Rhea can be seen sniveling and saying, "I have immense faith in God and the judiciary. I believe that I will get justice even though a lot of horrible things have been said about me in the electronic media. I refrain from commenting on the advice of my lawyer as the matter is sub-judice. Satyameva Jayate. The truth shall prevail."