Nine in 10 Indians use Twitter while watching TV or streaming content as they turn to the platform for trailers, highlights and latest news about TV shows, the micro-blogging platform revealed on Thursday. 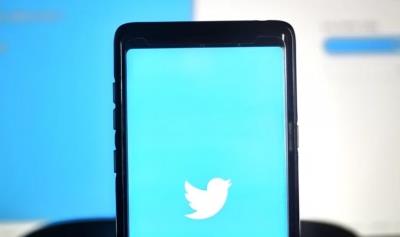 Nine in 10 Indians use Twitter while watching TV or streaming content as they turn to the platform for trailers, highlights and latest news about TV shows, the micro-blogging platform revealed on Thursday. About 79 per cent people in India use Twitter more when they're watching sports content elsewhere, and what they seek on Twitter is exclusive content, game highlights, interesting stats, and live coverage.Almost nine in 10 people on Twitter in the country have watched a live-stream video on the platform."The possibilities for our favourite moving medium are endless and we are seeing more and more brands tap into the power of click 'play' to engage with the most leaned-in audience, connect to what's happening, and be a part of today's visually-driven digital world," said Preetha Athrey, Director, Global Business Marketing, Twitter APAC.A majority of people (51 per cent) on Twitter in India actively search for videos on the service.Nearly 70 per cent of Indians agree that Twitter is a great place to see videos that align with their interests.A majority (65 per cent) of people agree that there is a wider variety of video content on Twitter.The top interest-based categories that attract the most viewers are news and current affairs, celebrities, business/finance, educational and sports."Today, audiences are on the lookout for more and their hunger for content goes beyond the television screen and converges on Twitter -- where they come for a second-screen experience," said the report.The Twitter report said that 64 per cent of its audience in India enjoys watching video ads to see what brands have to offer.
Source IANS