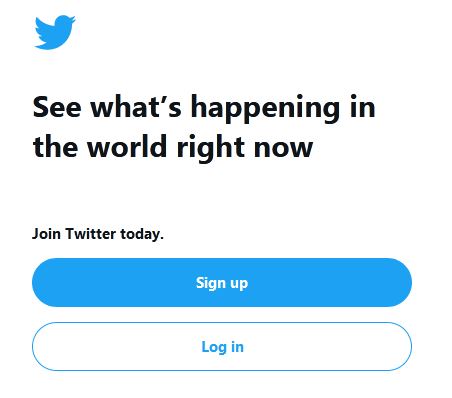 Jack Dorsey in a series of tweets thread said, "I do not celebrate or feel pride in our having to ban @realDonaldTrump from Twitter, or how we got here. After the clear warning we'd take this action, we made decision with the best information we had based on threats to physical safety both on and off Twitter." He further asked, "Was this correct?"

Justifying his action to ban Trump from using Twitter, her further said it was the right decision for Twitter. "Offline harm as a result of online speech is demonstrably real and, what drives and policy and enforcement above all," he added.

Dorsey in another tweet added that taking such kind of action "fragments the public conversation."  He said, "They divide us. They limit the potential for clarification, redemption, and learning. And sets a precedent I feel is dangerous: the power an individual or corporation has over a part of the global public conversation."

The ban on Trump's account drew flak from pro-Trump users because they termed it as an assault on free speech. Similarly, many Republicans also see it as an extreme step. Dorsey  in his series of tweets tried to allay the fears of users. He said, "This moment in time might call for this dynamic, but over the long term it will be destructive to the noble purpose and ideals of the open internet. A company making a business decision to moderate itself is different from a government removing access, yet can feel much the same."

Dorsey in another tweet mentioned that there is a need to look critically at the inconsistencies of policies at Twitter and how their services might incentivize distraction and harm. On the topic of transparency and moderation policy he tweeted, "Yes, we need more transparency in our moderation operations. All this can’t erode a free and open global internet."

Dorsey said they are working on the initiate for an open and decentralized social media while it may take time but they are in the process of hiring people through public transparency.

In the end he assured, "It’s important that we acknowledge this is a time of great uncertainty and struggle for so many around the world. Our goal in this moment is to disarm as much as we can, and ensure we are all building towards a greater common understanding, and a more peaceful existence on earth."  He signed off by saying he believed in the Internet and Social Media to be the relevant method of achieving the goal mentioned in the previous tweet, to disarm as much as we can.'

Dorsey further added, "Everything we learn in this moment will better our effort, and push us to be what we are: one humanity working together."

One of the users @4essttook to his account and in the response to his tweets thread said," Go to another platform? They're all doing the same thing as Twitter, the ones that aren't are getting taken down. Twitter set the precedent and everyone followed along. We don't have other options." Another user said, "Time for some self reflection."

Get the latest update about Twitter, check out more about Donald Trump, Ban on Trump, US Capitol & Jack Dorsey