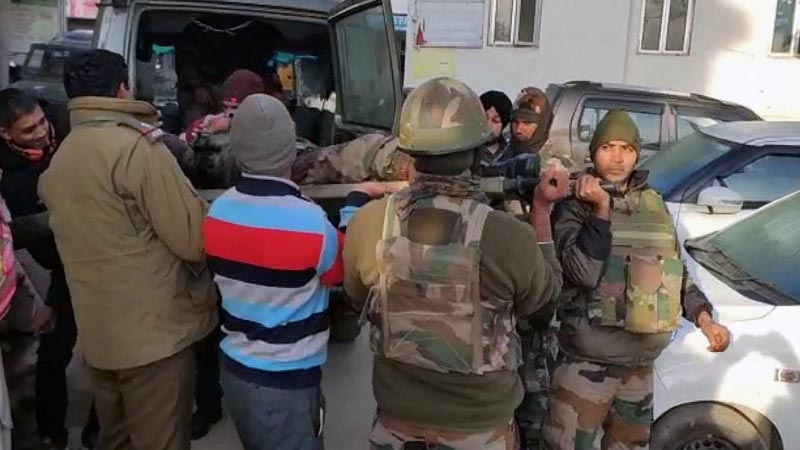 Two Army soldiers have been killed in a gunbattle with heavily-armed Pakistani infiltrators along the Line of Control in Jammu and Kashmir's Rajouri district.

Officials said the infiltrators were intercepted in the Khari Thrayat forest as they attempted to sneak into India from Pakistan-occupied Kashmir. "Two army soldiers martyred during cordon and search operation in Nowshera sector. The operation is still in progress and further details are awaited," the Army said.

The search operation was launched following information about the movement of suspected terrorists, the officials said. The infiltrators opened fire on the troops and during a fierce gunfight, the two soldiers were killed, they said.

The officials said a massive operation is on in the area.

160 terrorists were killed, and 102 arrested, in Jammu and Kashmir last year.

Get the latest update about English News, check out more about LOC, Nowshera Sector, Army Jawans Martyred & Jammu and Kashmir