In an address to the State on Facebook, Uddhav Thackeray announced that he is tendering his resignation as he 'don't want to play this floor test game'. Author : Malkit Singh 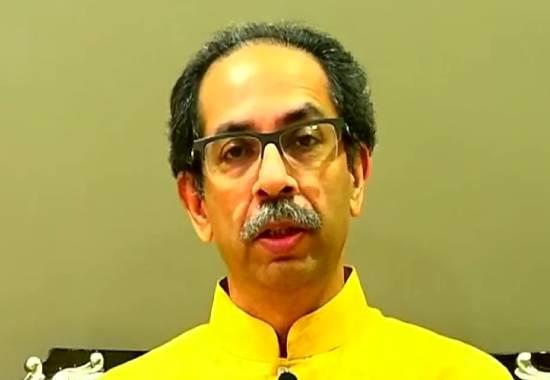 After weeks of political tug of war over 'Hindutva' agenda, Shiv Sena supremo Uddhav Thackeray on Wednesday resigned as the Chief Minister of Maharashtra. In an address to the State on Facebook, Uddhav Thackeray announced that he is tendering his resignation as he 'don't want to play this floor test game'. The debacle of the MVA (Maha Vikas Aghadi) government of Maharashtra started with Shiv Sena leader Eknath Shinde leading the faction against his own party chief Uddhavv Thackeray over the compromise of the Hindutva agenda which was induced by late Bala Saheb Thackeray.
Uddhav Thackeray resignation reason
Those still wondering about Uddhav Thackeray resignation reason can read further. Uddhav Thackeray's resignation comes after the Supreme Court of India did not put a stay on the floor test which was ordered by the Governor of Maharashtra. Team Uddhav Thackeray had approached the apex court to put a stay on Maharashtra Governor's direction to the MVA government to prove their majority. A vacation bench of Justices Surya Kant and J.B. Pardiwala refused to interfere with Governor's direction to the MVA government to prove its majority in the Assembly on June 30.
Also Read: 'Sanjay Raut Bha*wa hai': Thane Shivsena workers video abusing pro-Uddhav leader goes viral; Watch
Coalition with Congress, NCP, and 'Soft Hindutva' approach backfire Uddhav Thackeray's govt
Leading the faction group, Shiv Sena leader Eknath Shinde accused Uddhav Thackeray of compromising their party's core agenda i.e. 'Hindutva' which was induced by late Balasaheb Thackeray. MVA collapse was triggered after the MLC elections. Following the MLC election, an exodus was triggered in the Uddhav Thackeray-led Shiv Sena with rebel senior politician and Minister Eknath Shinde leading the faction.
Over the accusations of compromising Hindutva ideology, Uddhav Thackeray had said that there has been no compromise in the Hindutva ideology in the Shiv Sena and it is the same as it was during the time of Balasaheb Thackeray. "I don't know what I have done that people are questioning our Hindutva and what the change is between Balasaheb's Shiv Sena and mine. This is the same Shiv Sena that Balasaheb has taken ahead, the same Shiv Sena that fought and reached here," added Thackeray.
Reports also stated that the maker of MVA and NCP Chief Sharad Pawar offered Eknath Shinde 'CM post', however, the rebel Shiv Sena leader refused to align with the Congress and the NCP. Instead, he expressed joining hands with the BJP to form the government in Maharashtra.