Shiv Sena chief and Chief Minister Uddhav Thackeray have left his official residence Varsha and returned to Matoshree amidst the political storm in Maharashtra. 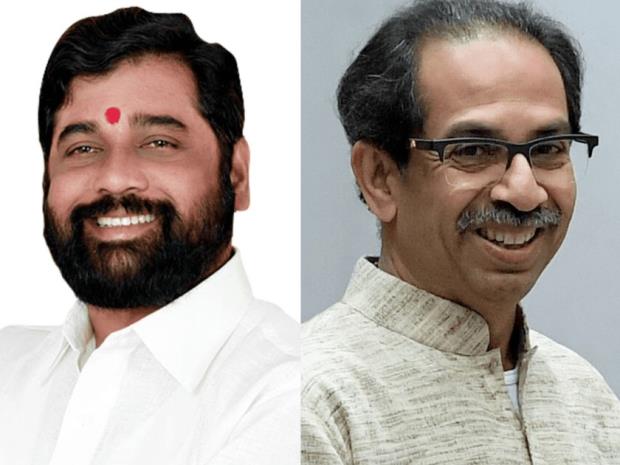 Shiv Sena chief and Chief Minister Uddhav Thackeray have left his official residence Varsha and returned to Matoshree amidst the political storm in Maharashtra. On the one hand, while the threat to the Uddhav government of Maharashtra is increasing, on the other hand, the number of rebel MLAs supporting Eknath Shinde, the rebel leader of Shiv Sena, is increasing continuously.
The number of rebel Shiv Sena MLAs staying in the hotel in Guwahati is increasing continuously. Three more Shiv Sena MLAs have reached Guwahati this morning. Which Shiv Sena's Deepak Keskar, Mangesh Kudalkar and Sada Sarvankar are included. Earlier in the night, four MLAs had reached Guwahati. In this, two MLAs were independent and two were from Shiv Sena.
Rebel leader Eknath Shinde has claimed that 37 out of 55 MLAs of Shiv Sena are with him. With these numbers, Eknath Shinde's group has reached the magic figure 37. That is, out of 55 Shiv Sena MLAs, 37 have come towards Shinde. In such a situation, the figure will become two-thirds, and then the anti-defection law will not apply to Shinde Camp.
On one hand, the camp of rebel Eknath Shinde is getting stronger. On the other hand, Uddhav Thackeray seems to be weakening in his party, Shiv Sena. Eknath Shinde has claimed that out of 55 Shiv Sena MLAs, except 13, 42 MLAs will come towards him. But Shiv Sena's Uddhav Thackeray's troubles do not seem to end here. Along with the MLAs in Maharashtra, now MPs are also seen coming in support of Eknath Shinde. If sources are to be believed, 17 MPs are in touch with Eknath Shinde. Let us see what the equation of seats says?
Also Read: Explainer: Know what is going wrong in Maharashtra's politics? What is 'Operation Lotus'? Key points
The total number of members in the Maharashtra Legislative Assembly is 287. Support of 144 MLAs is necessary for the majority. In Maharashtra, the Uddhav Thackeray-led Maha Vikas Aghadi government has the support of 169 MLAs.
At the same time, the opposition has a total of 113 MLAs. Out of which 106 MLAs of BJP, 1 of RSP, 1 of JSS and 5 are independent MLAs. Given the current situation, if Eknath Shinde along with his 37 supporting MLAs joins hands with the BJP, then the Uddhav Thackeray government will be reduced to a minority.
Shiv Sena's rebel leader Eknath Shinde can ask the governor to show numbers and ask Uddhav Thackeray to prove his majority in the floor test. Eknath Shinde claims that he has two-thirds of Shiv Sena MLAs with him, in such a situation Uddhav Thackeray will fail to prove his numbers in the floor test. after which Eknath Shinde Together with BJP, we can form the government. Shinde has already supported the formation of the government with the BJP.