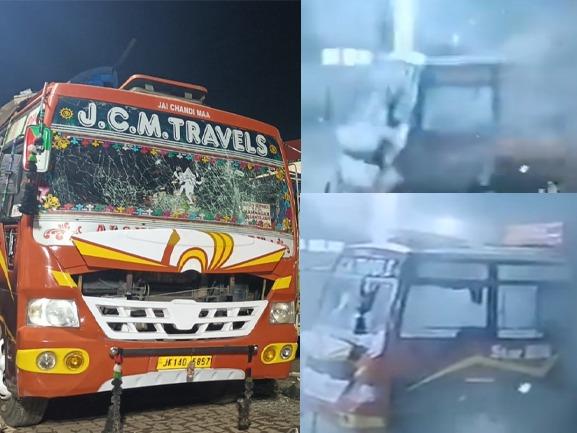 In the Udhampur blast CCTV video, it can be seen two buses parked adjacent to each other. Due to late night, it can also be seen less number of commuters near the bus. Suddenly, an explosion jolted the bus, and nearby people stood. In fact, the blast shook the adjacent bus as well. Udhampur blast CCTV viral video has been going viral on social media with people wondering who has attempted to foil the peace in Jammu and Kashmir.

Another blast in Udhampur

While the security forces and the Police were investigating the blast which took place on Wednesday night, Udhampur was jolted with another blast on Thursday. Udhampur second blast also took place in a bus that was parked at the bus stand in Jammu and Kashmir's Udhampur on Thursday morning. Udhampur twin blast has raised the concern of security forces and many reports suggest that J&K police have confirmed the terror angle in these explosions as a similar modus operandi used in both explosions. Furthermore, the Bomb Disposal Squad (BDS) team as well as the dog squad team reached the spot to carry out further investigation. In addition to this, samples at the explosion site have been collected and will then be shifted for forensic analysis. Fortunately, no injuries have been reported from the second blast.