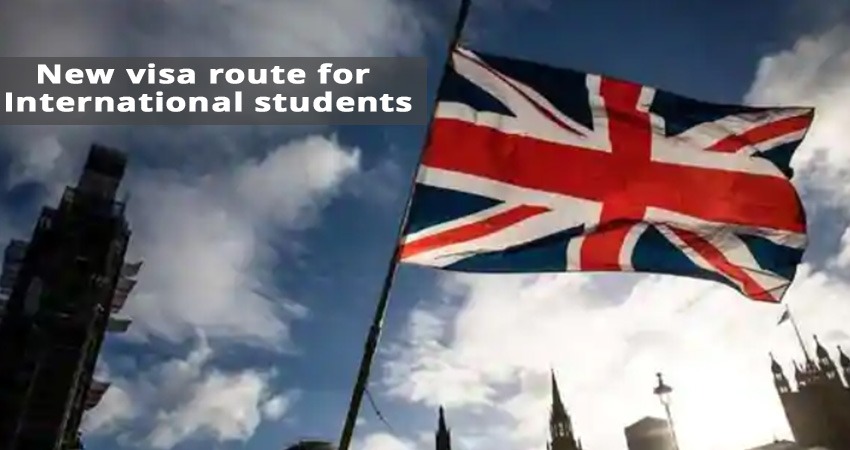 The UK government has announced that new routes for international students to apply for visas are to open in October, including a points-based immigration system which it claims will “open up the UK to the brightest and the best from around the world”.

Initially expected to come into effect from January 2021, the student route and child student route will now both open on 5 October, meaning students who are planning to study in the UK from January may need to apply through the new points-based immigration system.

The government said the routes “treat all students equally”, with international students – including those from Europe coming to study after the Brexit transition period ends – using the same route when it opens for applications.“We recognise that as a result of coronavirus, some overseas students are choosing to defer their entry onto courses in the UK until the spring semester of 2021,” explained a government statement.

“Introducing these new routes now means that students will be able to benefit from the new streamlined process whilst still giving sponsors time to adapt after their autumn intake.”

“We also want to ensure we retain the brightest and the best students to continue to contribute to the UK post-study, which is why we are launching the graduate route in the summer of 2021,” continued the statement.

This additional new route will allow those who have completed a degree at a UK HE provider with a track record of compliance to stay in the UK for two years (three years for PhD graduates) and work at any skill level, and to switch into work routes if they find a suitable job.

Director of British Council in India, Barbara Wickham, said the new student route is a welcome announcement for thousands of Indian students who opt for a UK education every year.

“It offers greater flexibility and ease of immigration for applicants, and with the post-study work benefits of the graduate immigration route and the launch of the student route, the UK has further solidified its commitment towards international students, and enabling more than ever, their dreams of pursuing a world-class education,” she noted.

Under the new rules, students seeking to study in the UK will need to demonstrate that they have an offer from an approved educational institution, that they can support themselves financially during their studies and that they speak English.

Minister for Future Borders and Immigration, Kevin Foster said that launching the student route early “sends a clear message to the world we want the best and brightest to come to the UK”. The government said there will be no limit on the number of international students who can come to the UK as part of a bid to boost the total number to 600,000 by 2030.

Chief Executive of the Russell Group, Tim Bradshaw said he welcomed the changes to the immigration rules that will help to ensure the UK remains an internationally attractive place to study.

“We will continue to work with the government to ensure our visa system remains flexible and responsive to developing issues, such as those emerging from the coronavirus pandemic,” he added.