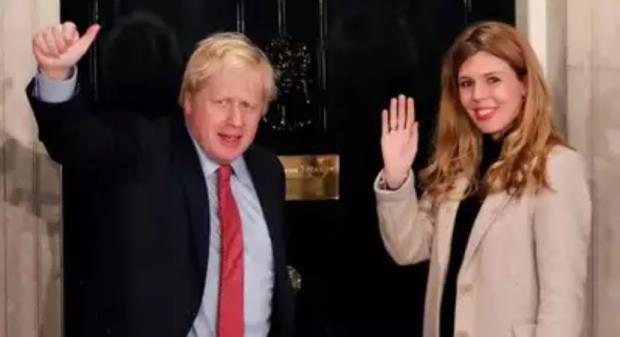 Prime Minister Boris Johnson and wife Carrie have announced the birth of a healthy girl child at a London Hospital today.
According to sources, their spokesperson has stated, “The prime minister and Mrs. Johnson are delighted to announce the birth of a healthy baby girl at a London hospital earlier today.
“Both mother and daughter are doing very well. The couple would like to thank the brilliant NHS maternity team for all their care and support.”
This is the couple’s second child. Carrie gave birth to their first child, son Wilfred Lawrie Nicholas Johnson, in April 2020. In 2019, Johnson was living with Carrie Symonds, the daughter of Matthew Symonds, co-founder of The Independent newspaper.
Symonds had worked for the Conservative party since 2009 and worked on Johnson's 2012 campaign to be re-elected as Mayor. On 29 February 2020, Johnson and Symonds announced they had become engaged in late 2019, and that Symonds was expecting a baby in early summer. Their son, Wilfred Lawrie Nicholas Johnson, was born on 29 April 2020 at University College Hospital in London.
Also read: From 'how to make oxygen at home' to Neeraj Chopra, Here's what Indians searched most in 2021
On 29 May 2021, Johnson married Symonds in a secret ceremony at Westminster Cathedral attended by thirty guests. On 31 July 2021, it was announced that they are expecting their second child together.