Fatima Sana Shaikh began her acting career as a child star, appearing in a number of films, including 'Chachi 420.' She subsequently took a pause from the industry before making a comeback in 2016 with Aamir Khan's 'Dangal.'

The actress has now disclosed that she is unemployed. Fatima had just left her house when she was approached by paparazzi who inquired about her next ventures. She expressed the expectation that she would be able to find a job if the COVID-19 pandemic scenario improved. 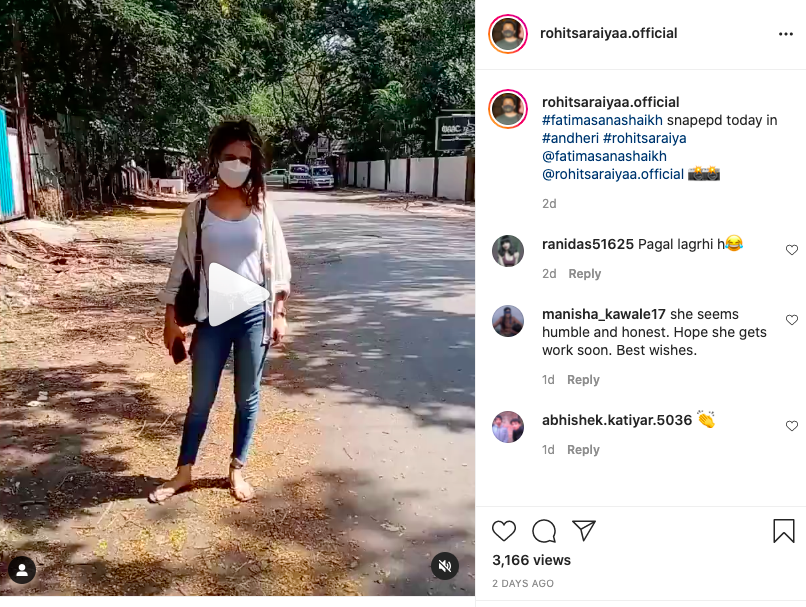 Fatima also urged her followers to look for themselves and get vaccinated as soon as possible. She stated that the pandemic has left everyone with a sense of helplessness. Also she's brought her roller skates, and she's here to offer us some much-needed inspiration to keep trying until we achieve.

Fatima posted a video on Instagram in which she is seen on her terrace attempting to execute various tricks with roller skates, but failing a few times before finally succeeding. See video here. 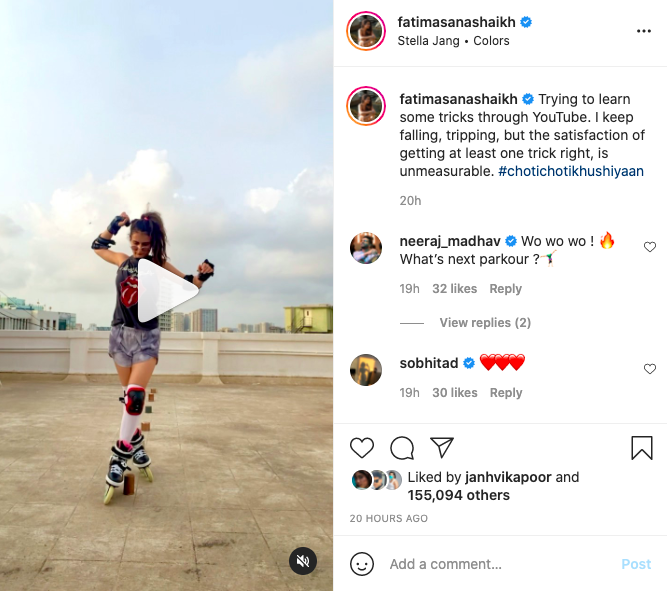 'Thugs of Hindostan,' 'Bittoo Boss,' 'Suraj Pe Mangal Bhari,' and 'Ludo' are among the films in which the actor has appeared. Fatima was recently featured in Karan Johar's Netflix anthology of four short films, 'Ajeeb Daastaans.' The film is a twisted love story about lovers, a daily battle, a calculated friendship, and a trip to find relief.